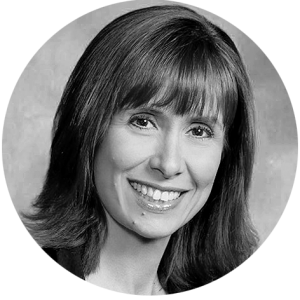 Dr. Allie Taylor is the co-founder of advisory firm Orange Kiwi, which works with lower middle market and middle market advisors and business owners to achieve successful business transitions. Allie has an extensive academic background in business and psychology, and Orange Kiwi takes a fundamentally psychological approach to its work with owners and management teams. We talked to Allie about how Orange Kiwi is different from a typical advisory firm, the most surprising thing she uncovered in her research on business owners, and more.

MMR: You have a unique background for an M&A advisor.

Allie: Yes, my undergrad is Biology and Chemistry, my Master’s is in Marriage and Family Therapy, and my PhD is Business Psychology (think Executive MBA smashed into a Psychology doctorate). What all of that has in common is solving really complex problems that involve people and systems. Our focus is helping organizations at points of significant transition — that’s scale, sale, and succession. These are often the greatest challenges faced by owners and their management teams.

We believe everything starts with the leader and the management team. We created a framework based on my research called the M3 that has three domains — My Business, My Money, and Myself.

A middle market owner’s business finances are often inextricably linked to their personal finances. We find that there are psychological anchors around money and time that must be addressed to effect a successful transition. Answers often reside in the self domain — legacy, relationships, health, personality, motivation, values, faith. These are all places that can hold the business or the leader back.

In your research, you talk about how middle market entrepreneurs face particularly complex challenges. How did you begin to identify these challenges?

Sixty-seven percent of all businesses in that part of the market are either individually owned or privately held family businesses. Early on in our work, we kept running into clients that had a common issue: at points of significant transition, the business was struggling because the leader was struggling.

But the leader would view the problem as “my business is struggling, so I am struggling.” This nuance is actually quite profound from a psychological perspective — it’s called problem framing. When the problem is misframed, the solutions will be misframed.

What we found early on is we could go in and get change, no problem. We could help leaders turn the business around if it was failing, we could help with failed leadership transitions, all kinds of things — but when we left, the change that we were able to achieve eroded. It didn’t completely go away but it went back to the waterline that the leader was able to manage. What we realized is that we weren’t seeing enough change in the individual, in the leader, or group of leaders. That’s where my research really started.

How do you work with business owners?

We always start with wherever their pain is. If the owner comes to us directly, it’s almost always going to be something around the financial health of the business: a people issue, a culture issue, a systems issue, or something on the capacity side of the business.

More often than not, they identify multiple pain points. Then they take our psychometric assessment, which we developed based on my research. That tells me very precisely where to begin to get the desired change. Our goal is to work with the owner’s psychology instead of creating resistance.

The psychometric approach sets you apart. How else is your approach different from the typical M&A advisor?

At the end of the day, these are people making decisions. We help owners and management teams make effective decisions through an approach that recognizes the four stages a person goes through to achieve a successful transition. These stages are outlined in a book by Bo Burlingham called Finish Big: How Great Entrepreneurs Exit on Top.

First, exploratory, where they’re asking all the existential questions and gaining the awareness they need to make informed decisions. Second, strategic — that’s when they’re really starting to look at their business as a product, figuring out the people they need on their team, and building out the approach that they’re going to take to achieve their desired transition. Third is the execution phase when they put that strategy into action.

Adjustment is the fourth and last phase — Burlingham refers to this as “transition,” but we view the entire process as a transition. This is where the owner is still coming to grips with the reality of what they’ve just done. Either they’ve scaled up and now they have to lead differently, or they’ve sold and their entire life looks different. We stick with them through all four phases, which no one else does. Most advisors are motivated and compensated when there’s money in motion at the strategic and execution phases. Our job is to ensure the owner is supported throughout the process.

Do you get pushback from owners who are skeptical of your psychological approach?

A typical owner who is going to have a negative reaction is one whose identity is highly or very highly fused with his business and/or one who is not open to change. Even if they say they want to achieve a successful transition, below the surface they are experiencing a psychological threat. They will have to wait for a trigger event. In that case, we’ll be the ambulance at the bottom of the hill; we’re not going to chase them.

The vast majority of the people who are attracted to what we do have varying degrees of willingness to engage in transformation. They’re curious about themselves, they’re curious about their management team, they just want the pain to go away… or maybe they just want to be more successful. Most often when we’re introduced, we’re introduced by a trusted advisor. We tread carefully and take a collaborative approach because it’s that advisor’s relationship. We don’t come in and try to be the quarterback. We come in and work alongside that advisor and the owner.

Was there anything particularly surprising when you were researching this area?

Yes! I think I knew early on that identity was a major issue, just based on my experience working with clients. But what the research really identified is the psychological need for significance that’s derived from the business is as powerful an issue as identity. Everybody has motivational forces that we need satiated to have psychological health — specifically, competence, autonomy, and relatedness.

Successful owners use certain personality characteristics to satiate those motivational drivers and they lead to behaviors that are lived out through their role as owner. That’s how their significance needs are met through their role. It’s not really about pride or arrogance or ego — it’s not that kind of significance. It’s really a deep need to have purpose and meaning in the world. I knew this on an intellectual level but until this research I didn’t appreciate how important that really was for most owners.