Edward Rosenfeld never imagined himself working at his father’s furniture rental company, but after a few years of working at a larger firm, he decided that he preferred the autonomy of working in a family-run business.

Rosenfeld joined IFR Furniture Rentals in 1984, became President five years later, and eventually sold IFR to Warren Buffet’s Berkshire Hathaway Corporation in 2003. In an exclusive interview with Axial, Rosenfeld discusses of the challenges he faced as he transitioned into, built, and ultimately exited his family business.

On coming into the business:

Rosenfeld joined the company at the age of 29 after his father persuaded him that the business was growing. “When I got there,” however, “it was very much a mom-and-pop operation. We were having growing pains.”

Rosenfeld was hired as the Vice President of Operations, convinced his father to hire a sales manager, and quickly assumed significant responsibilities. His new role, however, didn’t rub long-time employees the right way at first. “There were definitely tensions coming into the business with existing employees, who felt there was nepotism. Because I was charged with making processes better and being a change agent, there were some toes I had to step on.”

Rosenfeld describes this time as “a little difficult and stressful,” but by spending time learning about his employees’ jobs and working with them to improve the company’s operations, he gradually won them over and was able to succeed his father as the company’s President.

On the balance between business ownership and management:

Rosenfeld’s younger brother, Michael, joined the company shortly after he did. “Looking back on the process,” Rosenfeld says, “there wasn’t a clear path for both my brother and me. I was clearly the person who had the experience.”

“Over time, we were equalized. Basically, my brother and I worked in consensus. But this gets challenging – over time, you establish your own domains, and maybe you don’t listen to the other as well as you should. One of the problems a lot of business owners face is that they aren’t always aware that there are multiple roles to be played.”

This is one of the key issues that Rosenfeld, in his current work as a family business consultant, encounters time and time again. “Family businesses should look at the big picture. They should be aware of the difference between the ownership of the company as separate from the management team, with appropriate structures for each. If a family member is in management, there should definitely be a system of evaluating:

Rosenfeld found that a lot of the best practices he was putting place, including personnel reviews and incentive plans, weren’t always being applied to the family. “But in business, they really should. Everyone needs to have some accountability and you need to build a structure where that can take place. If I had to do it all over again, I’d establish an advisory board that was outside of my family, my brother, and my father.”

On selling the company, and how overrun emotions cost him $10 million: 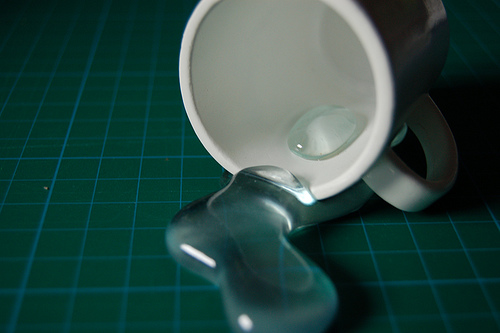 Toward the late 1990s, Rosenfeld and his brother began to explore a possible sale of their family business. “We knew the business was probably at its peak value, the competition and the market was changing, and it was getting more and more difficult to make a buck.”

With his father retaining a controlling stake in the business, however, Rosenfeld quickly ran into several roadblocks in the sale process. “One thing that I would say for a son coming into a family business: it’s very difficult to be responsible for a business if you don’t necessarily have the control that you need, and expectations have been set in a way that’s really hard to deal with.”

“My dad felt like he was selling one of his children and he opposed it. He let his emotions get in the way of good business sense.” Rosenfeld had wisely hired an investment bank to run the process, but ultimately, it wasn’t the right bank for their company. “The investment banker didn’t know how to handle the emotional side of the sale, and my father didn’t trust him. We had offers, and had accepted an offer, but the deal ultimately fell through in due diligence.”

Rosenfeld sold the company several years later in 2003, but by this time, business conditions had changed. “It was more of a distressed sale than anything else – at that point, we didn’t have a lot of choices. We lost $10 million because, in the end, when I knew the right decision was to sell the business – I valued my father’s love more than economic self-interest, and I didn’t push it to where I should have. I knew from a financial point of view that I should have. I could have forced him to but I didn’t.”

Advice for entrepreneurs and other family-run businesses:

In his current work, Rosenfeld helps other family businesses meet the kinds of challenges he encountered at IFR and “maximize their choices as to when and at under what conditions they exit their business.”

At the end of the interview, he shared the following advice for fellow entrepreneurs in family businesses:

Axial would like to thank Rosenfeld for taking the time to share his story with us. If you run a family business and would like to learn more about Rosenfeld and his experience, please visit one of his websites.

If you’re an entrepreneur and would like to share your story of starting, building, and exiting your business, we’d love to hear more at info@axial.net

That the middle market is struggling amid the ongoing coronavirus pandemic will come as a surprise to no one. RSM…