The COVID-19 pandemic has thrown a wrench in business plans and deal prospects for firms around the world. We talked to corporate development professionals at three active strategic acquirers (and Axial members) to get a sense of how COVID has impacted their business, their pipeline, and their future plans. 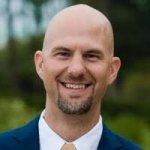 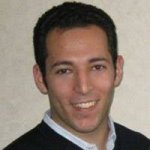 About the company: Industrial services company, focused on power plant operations and construction. Largest independent operator of power plants in the United States.

Acquisition focus: 7 deals in the past five years. Looking for deals from $5-$250 million in revenue. Looking for adjacencies to traditional power (renewables, oil and gas, etc) on the power operations side and services like environmental consulting or other regulatory expertise on the engineering side. Also looking to expand industrial construction expertise in key services and geographies. 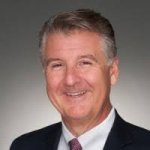 Acquisition focus: Buys distribution companies in the above verticals, has over 600 local companies. Looks at deals of almost any size, though most firms are under $100 million in revenue. Offers owners a 60-40 split — Winsupply is the 60% equity owner and the local team can own up to 40% of the business.

How has COVID-19 impacted your business?

We’re in a holding pattern right now. We’ve been really heavily impacted by what’s happened. Obviously, no schools are in session so almost all our buses are idle, though we are helping where we can. For example, we are using school buses to distribute food to food-insecure children in the school districts we serve and utilizing motor coaches to assist FEMA with various transportation needs. On the adult transport side, no one is doing tours or charters and universities are out of session as well. We continue to operate our fixed and paratransit routes, though volumes are down 50-75%, depending on the market.

Running power plants is an essential service. So our field personnel are still going to work, and conducting business as usual. From a back-office perspective, we’re working remotely and focused on keeping everyone safe — that’s always been our company’s top priority.

Our revenues were right at $4 billion prior to COVID. All our businesses are considered essential, so we’re down a bit overall but it’s just single digit.

How has your pipeline been impacted?

Prior to the pandemic, we had a deal that was expected to close at the end of April; we were waiting for one perfunctory regulatory approval in order to close. We were almost completely through diligence but now we’ve put that deal on hold until at least the second half of the year.

We had two or three other deals that had traction towards an LOI and were kicking off diligence, but those have gone quiet as well.

We’ve stopped pursuing our longer-range pipeline. We don’t know when this will end, which makes it hard to get a conversation started with sellers, who are more likely than not focused on keeping their business going. We’re waiting to see how things play out — if we’re able to recover fairly quickly, I think we’ll become an active buyer again, but that all depends how much cash we have to deploy as a buyer vs. taking care of other business needs.

We’re looking for potential bright markers on the horizon. Things like school going back to in-school learning in the fall and a re-opening of the economy, even if only partial, will hopefully allow our business to recover. The quicker we recover, the more likely it is that we can start looking at re-activating our pipeline.

Because our business and the businesses we’re looking at are essential, we haven’t seen the significant delays that other businesses might be seeing. We do see minor delays because many companies are focusing on their business and their people rather than on contract negotiations.

Most of our pipeline was late-stage. We’re letting the dust settle and then we’ll get back to work. There is a bit of concern about what the industry will look like in six months or even a couple of years. But we’re not slowing down — at the end of the day we’re a long-term strategic investor and we’re in this for the long haul.

For our deals that were in progress, we’re anticipating a month or two delay. The challenges for these deals will be how to integrate the businesses when you can’t get onsite and work face to face.

In terms of replenishing the pipeline, we’re still prospectively looking, though it’s tough to do some of the traditional business development activities and build a pipeline if you’re not on the road. I’ve seen my deal flow slow down across the board, but we’re still pressing ahead.

Our pipeline was very full: We had north of 20 deals we were evaluating, and had already closed three this year. We were in the late stages with a company called May Supply when the world more or less fell apart on March 13. We had already finished diligence and on March 16 we made the decision to go ahead with the acquisition, which we finalized on April 10.

At that point, we were also pretty deep into financial analysis with 10 other companies, and I called everyone and told them we had to tap the brakes for now. Like most companies, we have to protect our core, because we have no idea what the future will look like. I suspect once we have a better sense of what things look like — maybe in the second quarter or so — we’ll begin to evaluate when to restart those deals.

One thing I’m not doing right now is calling new people. It just feels wrong to be reaching out to people when they’re focusing on their businesses, potentially laying people off, and battling this crisis.

How has your focus shifted given the pause in deals?

I’m helping out in other aspects of the organization. I have a finance background so am working on varying projects, including assisting with accounts receivables issues, developing valuation models for some items on our balance sheet related to prior deals, assisting our business development team to develop a playbook, similar to the one we have for acquisitions, they can use as they work the process of bidding on new work and working on a cross functional team tasked to transform the branding for our adult transportation business.

We’re working on improving our database, developing some marketing messaging, tightening up long-term strategic planning, and also putting some structure around how we price deals going forward. How do we find the intersection between what’s an appropriate price based upon an unknowable future revenue? We want to offer a fair price to a person who has spent a lifetime building a business. But historically pricing has been based upon a backwards looking number, and that feels very risky given the current situation. So we’re trying to figure out how we’ll modify sellers’ expectations of their businesses’ worth and have some more flexibility about basing some of that price on a future earning stream.

For the past 12 weeks, we’ve been in listening mode. Since the formal declaration of the national emergency in early…