The lower middle market is getting more sophisticated when it comes to mergers and acquisitions, but both investors and owners are still making many of the classic mistakes around assessing and building value. We asked two valuation experts, Scott Hakala of ValueScope and Ken Sanginario of Corporate Value Metrics, what they’re seeing in the market today and their advice for both buyers in the current economic climate. 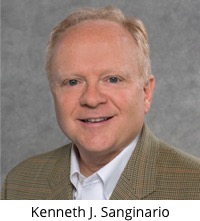 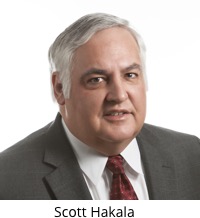 The biggest mistake Ken sees among business owners is chasing a financial target in an unsustainable way. “Someone tells them that they need to be at a certain EBITDA level, and then they slash costs but not in a strategic manner,” Ken said. “Owners think that they can cut costs for a year or two and have no one notice. But it doesn’t take a buyer long to get wind of what they have been doing.”

The same thing happens when a business takes on revenue that is hard to fulfill or retain. That revenue usually comes with tangible and intangible costs. When it disappears, the company is left in a deeper hole than before. If a seller is taking delayed consideration for their business, in the form of an earnout or a rollover of equity, these short-term measures can cause that future value to evaporate. “I was doing turnarounds for 15 years, and many of those situations came from companies chasing revenue or chasing EBITDA,” Ken said.

Buyers are also guilty of short-term moves that can destroy value and trigger failed expectations on both sides. “A lot of what I see is penny-wise, pound-foolish behavior,” said Scott. “The buyer squeezes R&D or sales compensation. This boosts EBITDA but the cost savings prove to be illusory. What do you do when half your sales force quits within a year?”

A lot of heroic assumptions are going into valuation models in order to reach deal-winning multiples in today’s market, but with rising interest rates and employment rates, returns may be harder to come by for both sides. Earnouts are a common tool for bridging a valuation gap and getting a deal done, but both buyers and sellers need to be careful not to make short-term moves that backfire. “We see a lot of examples where earnout issues are taken for granted by buyers assessing transaction risk and sellers taking an earnout as part of the deal,” said Scott. “Then both sides feel defrauded by the other side when it doesn’t work out.”

Both Ken and Scott encourage buyers and sellers to focus on the intangibles. For buyers, “the big buzzword today is quality-of-earnings reviews,” says Scott. “It’s usually easy to catch whether someone was running personal expenses through the business. The real issues are things like management infighting or lack of product diversity.” Once the deal is done, Scott recommends that buyers stay humble and seek to ask the right questions about the business rather than making assumptions. “There’s less room for error in the lower middle market,” he said. “One or two critical mistakes can blow up an entire firm.”

Ken encourages business owners to think about business intangibles years in advance, rather than months. “I think that most private companies can double or triple their value over a three to five year period if they directly work on their weaknesses. It takes getting to the root causes of value,” he said. “Too many owners think that value is driven by what they did last year, as opposed to what the company’s future cash stream looks like. If they plan ahead and build for the future, they will see improved multiples and their deal will close faster.”