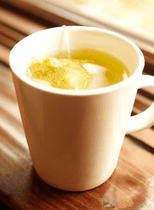 Happy belated Thanksgiving! Last week saw continued discussion of the looming fiscal cliff. For strategics, investments may plateau as some larger corporations begin to alter strategy decisions in anticipation of the cliff’s fall out. However, the fiscal cliff may not be the worst of our concerns if the bond market sees a rapid uptick.

In other news, robust valuation was a theme for a couple of articles last week. Although high valuations may seem nice, they are double-edged swords. Recognizing the optimal time for exiting an investment and understanding best practices in valuation tactics can help mitigate the consequences of a soaring price tag.

Investments Fall Off A Cliff: 2013 may be a slow year for investments. In a recent review, the Wall Street Journal learned that some of the largest public companies are planning to reduce their investments for the next year. Concerned by the fiscal cliff and developments in international markets — including the EU and China — many corporations are preparing for dips in consumer confidence, profits, and overall economic conditions. Smaller businesses, however, seem more optimistic. If strategics are steering clear of major investments, maybe financials will have the opportunity to pick up some of these smaller businesses as they develop.

The Looming Disaster the Fed’s Stress Tests Miss: In about a month, the Federal Reserve will begin a series of ‘stress tests’ to assess the current strength of the nation’s largest banks. Although they account for inflation, unemployment, and stock crises, the tests overlook a fourth possible powderkeg: the bond market. Over the past 18 months, many major banks have diverted lending money into the bond market. If the bond market soars quickly, the banks could be in serious trouble. Although it is unlikely that the rates will soar overnight — and many banks have bought short-term bonds to avoid such risk — the amount of capital in bonds is still a bit alarming. If you’re hoping for some loans in the next year, keep your eye on bond prices.

A $1 Billion Start-Up Might Not Be So Fun: Over the past few months, more than a few start-ups have been honored with a $1B+ valuation. However, the high price tag might not be as appealing as it sounds. With such a high valuation, these start-ups went from having plenty of exits to just two: an IPO or an acquisition by Apple or Google. With much of the IPO market still uncertain and Apple notoriously fickle with its acquisitions, the prospects are not great. In reality, many of these businesses will have to undergo down round investments, a challenge currently facing Foursquare. Although the issue is particularly acute for the billion-dollar-club, the lesson of keeping a consistent eye on exit strategies is always important.

Why Mergers Don’t Brew in the Tea Sector: For some Indian tea companies, the consequences of unusually high valuations are already having an impact. Although many of the larger tea companies in India are looking to make acquisitions, they are seeking opportunities internationally instead of domestically. According to a Managing Director of McLeod Russel — the world’s largest tea producer — domestic tea companies are “overvalued, compared with the rate of return” and the valuation numbers have accelerated faster than the rise in tea prices. As the acquisitive companies utilize alternative valuation strategies, many of the smaller companies are left struggling for profitability.