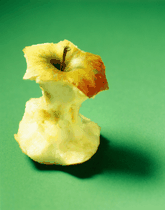 Last week, President Obama was re-elected and, while this may mean some restructuring for private equity, the media’s focus has largely turned to the impending fiscal cliff. Until the Obama administration defines its plan for the coming year, the implications of simultaneous tax increases and budget cuts has created concern. But, even if nothing changes, the concern might be overblown.

In non-political news, some big banks admitted to having buyer’s remorse for financial mergers during the 2008 crisis and a few big consumer brands were brought into the private equity umbrella.

Obama and Private Equity: Take Two: Many private equiteers fear that the recent attacks on private equity will leave some scars on the industry’s reputation, albeit superficial. Although the second Obama administration — combined with the anticipated overhaul of some of the taxation policies and macroeconomic shifts — might impact carry or size of investments, the core of private equity “is not going to disappear.” The true nature of the “marginal” changes to the industry remain to be seen, but Primack has some ideas.

The Fiscal Cliff May Be Overblown: With the election now behind us, the fiscal cliff is the new hot-button issue for much of the media. (Check out this article and infographic for a review of the fiscal cliff). According to the Congressional Budget Office, the cliff could derail the recovery and keep unemployment elevated until 2015. However, the cliff may actually be the lesser of two evils. By avoiding the cliff, “the CBO estimates that deficits over the next decade would rise by a total of $7.7 trillion.” The higher deficit could lead to less private investment, higher interest rates, and harsher impacts on GDP — yielding a relatively worse situation than the post-cliff environment. But speculation is a dangerous game.

Were Financial-Crisis Mergers Worth It?: If the fiscal cliff turns out to be an issue, the banking industry may not be as compliant as they were during the last crisis. In 2008, as the banking industry imploded over night, many of the strongest banks bought their ailing compatriots for ‘fire-sale’ prices. Take, for example, JPMorgan’s purchase of Bear Stearns for around $1bn. Seems like a pretty good deal, right? Maybe not. Four years on, many of these banks — including JPMorgan and Bank of America — have been slapped with billions worth of litigations and civil lawsuits. Rep. Barney Frank worries that if the government needs the help from these banks again, they might not be so helpful. Jamie Dimon has certainly expressed his concerns.

Nike Nears Deal to Sell Cole Haan to Private Equity Firm: Apax is about to close a deal to buy Nike’s Cole Haan brand for around $500 million. The deal could officially be announced as early as next week. This is the second major brand that Nike has divested — after selling Umbro to Iconix Brand Group back in October — in an effort to streamline its product offerings. Apax’s offer evidently beat out offers from TPG, Sycamore Partners and a few other PE shops. However, TPG made its own news by backing Planet Fitness. Despite the negative press that has gathered around private equity, it seems like a few firms are still comfortable in the spotlight.