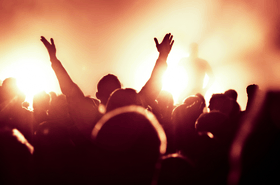 Happy Monday, everyone. If you are thinking about diversifying your geographic investments, you might want to consider Europe or Latin America. According to last week’s news, those seem to be the attractive regions for many investors. If you prefer to invest domestically, it looks like the JOBS Act could start having an impact very soon – it’s even cause some PE investors to jump on the crowdfunding bandwagon. Additionally, the final verdict on general solicitation rules may be around the corner.

Limited Partners Turn Their Eyes (and Cash) to Latin America: You might want to brush up on your Spanish (and Portuguese). Investments in Latin America are expected to rise. The combination of “a favorable political climate, continuing domestic growth and a young population and growing middle class” makes the region a strong candidate for emerging market investments. But, you may want to keep an eye on currency risk.

Why I Left Private Equity…And Started A Crowdfunding Site: Here’s an interesting story: Ryan Caldbeck, an experienced consumer-focused PE investor, left his job earlier this year to start his own crowdfunding site, CircleUp. Caldbeck believes that crowdfunding is a vehicle likely to satisfy both entrepreneurs and individual investors interested in diversifying their portfolios. Based on CircleUp’s success thus far, he may be right. Will any other private equiteers follow in his footsteps?

SEC Rule Proposal Would Permit Public Offerings in “Private Placements” and Facilitate Capital Formation: In other JOBS Act-related news, looks like the SEC is finally proposing rules for the change to general solicitation. As long as the buyers are accredited, it looks like investors will soon be able to advertise far and wide. Read this article, and our JOBS Act webinar follow-up, to learn the likely consequences of these changes.