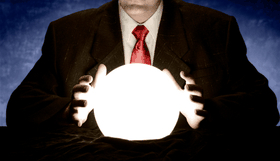 As we enter the first full week of the new year, predictions for 2013 are abundant. Some believe that 2013 could witness the long-promised resurgence of M&A activity. The activity could be driven by greater numbers of LBOs (but not larger LBOs) or potentially a healthier IPO market. One of the most interesting sets of predictions comes from Byron Wien — vice chairman of Blackstone — who has outlined his list of “surprises” for the 28th year in a row.

In other news, this thing called the fiscal cliff was averted. At least for now.

2013 Could See an M&A Resurgence: At the end of 2011, hopes were high that 2012 would be a strong year for M&A. It turned out not to be the case. Due to a surge of domestic uncertainty — centered on the presidential election, the fiscal cliff, and other developments — and continued crisis in the Eurozone, the M&A world could more aptly be described as “anemic.” Frank Aquila, a partner at Sullivan & Cromwell LLP, believes that we should maintain faith for a stronger 2013. With both means and motives, financial and strategic buyers alike may look for action this year.

High Hopes for Buyouts in 2013: Several signs suggest 2013 will be a year for LBOs. Although the “leveraged finance market is wide open for business” due to high yield bonds and greater availability of debt, it is unlikely that we will see any mega-deals. The biggest deals may come from the anticipated buyouts of Best Buy or Advanced Auto Parts, but nothing much more than $10bn. The strong debt market — which some have compared to the 2006 and 2007 — means that 2013 may be a good year for LBOs or refinancing.

10 IPOs to Look for in 2013: Although LBOs may rise this year, 2013 may also be witness to some interesting IPOs. According to Forbes — and the consulted analysts, VCs, and bankers — there are 10 companies that are particularly primed for the public markets. Twitter tops the list, followed by Violin Memory, Square, Xoom, and Dropbox. Do these big names suggest that the IPO market may be returning as a viable exit? Maybe the fallout from the Facebook, Zynga, and Groupon flops is beginning to wane.

Byron Wien’s 2013 Surprises: For the past 28 years Byron Wien, the Blackstone vice chairman, has published the economic, political, and financial “surprises” he expects to occur in the new year. For Wien, a surprise is an event which has only an average investor would ascribe a one-in-third chance of occurring. Between Iran announcing its ability to produce a nuclear-armed missile, squeezing margins on the S&P 500, and a soaring price of gold, 2013 could prove to be an interesting year.

And, if you missed it, here is our 9 Trends for 2013: Private Equity and Investment Banking.