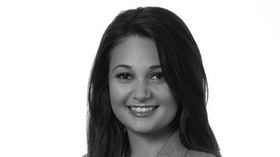 It’s make it or break it time for retailers right now. According to the National Retail Federation, “holiday sales represented 19.5% of total retail industry sales” last year. The NRF is projecting a 4.1% rise in sales this season. And at 73.7, the Consumer Confidence Index is rising. This could mean good news for retail valuations.

Although we saw a slight drop of 1.8% for in-store sales on Black Friday, sales were up 2.3% the following week, according to ShopperTrak data. And online shopping set records. Black Friday online retail sales topped $1 billion for the first time ever, according to comScore data. As sales continue to migrate online, this is a signal for traditional brick-and-mortar retailers to embrace e-commerce.

In another sign that consumption is shifting online, an increasing number of retail transactions are occurring on mobile devices. In Q3, more than 800,000 eBay users made their first purchase via mobile. Mobile spending on PayPal is expected to reach $10 billion this year. Retailers that are ready to adapt to evolving consumption methods are likely to see a rise in valuations.

PrivCo analysis sees data that indicates that valuations are rising for retail companies in general. Says CEO Sam Hamadeh, “the retail sector has been strong, with several marquee private company and private equity M&A deals at strong valuations recently.” Specifically, Party City sold to THL Partners for $2.7 billion. This was ten times its $268 million 2011 EBITDA. David’s Bridal recently sold to Clayton, Dubilier & Rice for $1.05 billion. This is up from the $750 million Leonard Green and TPG paid five years prior. Adds Hamadeh, “the retail sector is among the top of PE firms’ shopping list according to PrivCo deal tracking.”

Axial data also presents a good case for retail valuations. In Q1, retail Opportunities comprised 6.01% of the network. By Q3, it was at 7.12%. The increase in relative size could mean that retail Opportunities are growing at a faster rate than in other industries. Commenting on favorable holiday sales data, Axial’s Billy Fink writes “Black Friday this year suggests higher valuations for companies coming to market next year.”

However, retail stocks have fallen 1.09% in the last three months. This is roughly twice the .56% drop we saw in the S&P 500 as a whole. If the public sector valuations are indicative of private sector valuations, this is unfavorable for retailers. As PwC transaction services partner John Potter told WSJ.com, “As you look at consumer sentiment and the direction of the economy, there’s a perception that these businesses are undervalued in the marketplace.” Potter adds, “private equity firms see an opportunity to pick up companies at attractive pricing.”

Regardless of valuations, there is definitely an appetite for retail investments. PwC data shows that the number of private equity investments in the retail and consumer space grew by 15% in the first three quarters of the year, when compared to the same period the year before. Rising from $9 billion to $20 billion, the total value of announced deals more than doubled. Recently, Bloomberg News speculated that UGG shoemaker Deckers Outdoor Corp. could make an attractive acquisition target for a private equity firm. Apparel giant Abercrombie & Fitch has also been labeled as a possible acquisition target.

Although the economy has seen slow growth, heightened private equity interest combined with favorable retail sales suggest that deal valuations could be on the rise. And if the substantial rise in 2012 investment is any indication, 2013 looks to be an active year for private equity retail dealmaking.

This was a guest post by Katie Roof, a freelance reporter with work appearing in The Deal, WSJ, peHUB, Reuters, TheStreet, Bloomberg News, and others.