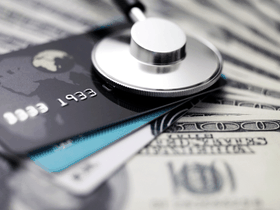 Acquiring a medical practice has always been tricky. You have to assess the cashflow strength, understand reimbursement risks, know how the patients are referred and keep a handle on new laws that affect the practice.

Thanks to the political debate surrounding the Affordable Care Act, it may get trickier. Although the Supreme Court upheld the mandate, it modified the clause relating to Medicaid, creating a loophole that allows states to opt-out of Medicaid expansions. Some states – including Iowa, Kansas, Florida, Wisconsin and South Carolina – have declared their intention to keep Medicaid as-is. Rick Perry joined the cohort on Monday morning when he said, “If anyone was in doubt, we in Texas have no intention to implement so-called state exchanges or to expand Medicaid under Obamacare”.

In states where the loophole is exploited, the status quo will remain and a sizable number of individuals will continue to be uninsured – both unable to purchase insurance and unable to qualify for Medicaid.

To gain better insight into the potential differences in valuation and investment between states that opt-in and states that opt-out, we spoke with Member Darren De Vries of Fleetridge Pacific, an M&A advisory in San Diego that focuses on middle market healthcare services companies across the country.

How do you anticipate the Supreme Court ruling on the Affordable Care Act will affect companies in the states that opt-out of Medicaid (Texas, Florida, South Carolina, etc)?

Darren: I think states that opt-in for Medicaid expansion will have more potential for growth in health services. More people in those states will have coverage and that will power growth. Companies in states that are opting out likely will not be significantly affected, but from a deal flow perspective those companies may be at a disadvantage when compared to similar entities located in opt-in states. As Medicaid expansion gains traction in the opt-in states, the companies in the opt-out states may be less attractive to potential investors.

Do you think the attractiveness of the companies in expansion states will be due to overall profitability or year over year growth?

Both profitability and growth play a big part in valuation and attractiveness of health service companies. The most attractive companies are profitable and growing. I think that year over year growth will be more positively affected in this industry due to the new law.

Different states already have different levels of Medicare and Medicaid. How is this different from the status quo?

Every state has different rules and Programs for Medicaid. For example in states like FL and CA, where Medicaid reimbursement is very low, I don’t think this law will have much of an effect. From a profitability and growth perspective each state will be affected differently from the ruling because of the differences in their Medicaid Programs.

Do you see any way to arbitrage the situation between the states?

Medicaid programs are very specific to the state they are in. Many companies are expanding to offer a wider menu of services with multiple pay sources. The services offered are typically designed to complement one another and create synergies thereby raising efficiency and profitability.

Do you expect the ruling will spur deal flow?

We expect this new law to add increased pressure for companies to consider acquiring, merging or divesting. Many existing companies recognize size and scalability are necessary to remain viable.

One of the greatest challenges in predicting the effect of the Affordable Care Act is whether or not it will even survive. Come November, depending on the results of the election, it is possible that the mandate will get defunded and the companies in the opt-in states will lose their growth advantage. But, if you believe that the mandate will survive, and want to take advantage of its consequences, it might be worthwhile to add geography to your acquisition criteria.