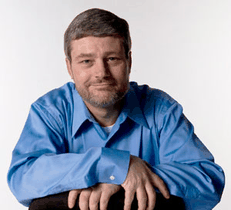 To transform or not to transform? That is the question.

At least that’s the question for thousands of businesses looking to jumpstart their growth. With anemic economic conditions continuing for a fourth year — and showing few signs of abating — many businesses are beginning to flounder. It is becoming unclear whether the sluggishness is simply a consequence of the 2008 crisis, or whether there are more fundamental industry changes at play. In light of this uncertainty, many businesses have begun examining whether it is time for a redesign of their business strategies.

If a business transforms, capitalizing on developing trends, it could realize significant gains and earn a clear competitive edge. However, if the transformation is premature or poorly directed, the business could waste time and capital in a short-term trend.

The transformation dilemma is facing several industries right now. Take, for example, the healthcare industry and the Affordable Care Act (ACA). Since providers and suppliers are unsure if the ACA will survive the election, it is hard to make long-term predictions. The businesses that guess right will have a slight edge over those who guessed incorrectly. Similar tensions can be found in the oil and gas industries. The increased activities of shale, deep sea, and tar sands oil are highly dependent on more expensive barrell prices. However, if oil prices drop or natural gas becomes more versatile, they may be in trouble.

After speaking with Shawn McCadden, a leading remodelling specialist, we realized that the building products industry is another great example of an industry facing this dilemma. According to McCadden, “new home construction has almost evaporated since 2008, and much of the focus has turned to full remodeling products.” Immediately after the drop in home prices in 2008 and 2009, firms hunkered down, hoping the housing market would recover quickly like it did in the early 90’s. However, nearly four years on, the homebuilding industry still hasn’t recovered in a meaningful way, forcing many businesses to reconsider their strategy. Are these short-term cycles or longer-term structural changes?

Remodeling and the Supply Chain:

McCadden told us, “At the start of the recession, the supply chain thought it could advertise to remodelers the same way it had advertised to builders. It did not work. For new home construction, selling to the supply chain was always focused on selling in bulk. The suppliers could easily earn their margins on the volume. This is not the case for remodelers. When considering a project, a remodeler and new home contractor have two entirely different sets of challenges. A new home contractor can better anticipate a project’s challenges. A remodeler, however, will have less visibility and will have to make judgement calls. It is a completely different ballgame.”

He continued, “The best sellers quickly recognized the need to transform. They rethought their product in terms of how it gets used, how it gets installed, and they helped the contractor understand the unique benefits of their product.”

However, McCadden quickly conceded that this could be a short-term trend. He explained, “There is a lot of pent-up demand in the market right now. The unemployed college graduates living in their parents’ basement will soon all move out and find apartments or even houses. Also, the anticipated rise in immigrant population will add demand for homes. I think we will see a surge because of the pent-up demand. But it will be short-lived.”

However, the pent-up demand may not be the only reason for increased interest in the remodeling industry. McCadden has identified another, possibly longer-term trend, which may be benefiting remodelers.

According to McCadden, remodeling is expected to continue to grow as the younger generation begins purchasing their own homes. He explained, “Much of the younger generation is not prepared to do their own renovation and home work. Without the ‘fix-it’ skills, they will probably look to live in condominium-style arrangements or in cities. Since we cannot have large sprawling houses in existing cities, the style and structure of homes is going to change.” He continued, “Optimizing the use of small spaces will become much more important.”

Urbanization will have serious implications for remodelers and for their business strategies. Those who are able to transform will be in a better position to handle this new market. McCadden explained, “The majority of remodelers are identical right now. They offer the same service as the next guy. As a result, everybody tries to separate their business by showing a lower price. To succeed, remodelers will have to rethink how they do business and how they sell.”

In response to this increased remodelling activity, many suppliers have transformed their business model. But have too many of these suppliers transformed too quickly? Is the remodeling boom led by a temporary spike, or long-term urbanization? Ultimately, only time will tell.

Either way, the recession — and recent remodeling boom — has helped demonstrate a clear demand for building products companies that tailor specifically to remodelers. In the final analysis, the longevity of the boom only impacts the number of firms that can fill the space — if demand remains high, more building products companies can focus on remodelers; however, if the trend is brief, the supply will quickly exceed demand and the market space will close.

Take, for example, the parallel example of CareMore, a healthcare company in southern California that specialized in providing “upstream,” proactive care for Medicare patients. The company was built in the early 1990s recession as many seniors were searching for more affordable healthcare options. Although the economy would ultimately recover, and the demand for cheaper healthcare would temporarily dissipate, CareMore had demonstrated a clear niche in the healthcare market. As the innovator, CareMore was able to control the space, but the post-recession lack of demand prevented few competitors.

CareMore and the early remodeling-focused suppliers will, regardless of economic fluctuations, be able to capitalize on a niche demand that was exposed during a low tide. Are there any niches that the recession has exposed in your industry?

—
Shawn McCadden is one of the most prominent figures in the remodeling industry. He obtained his builder’s license by age 18; founded, operated, and sold a successful employee-managed design/build firm; co-founded the Residential Design/Build Institute; and went on to become director of education for a major national bath and kitchen remodeling franchise company. Today he speaks frequently at industry conferences and trade events, consults with remodeling companies and the supply chain, blogs, and writes an award winning monthly column for Remodeling magazine. Visit him at https://www.shawnmccadden.com