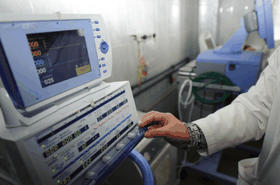 Last week, the House of Representatives approved H.R. 436, a bill to repeal the medical device excise tax, by a vote of 270-146 and sent it to the Senate for consideration. If the repeal bill is passed by the Senate, and signed by the President, it would eliminate the proposed 2.3% excise tax on revenues generated by any “manufacturer or importer of a taxable medical device”.

Although numerous medical device industry lobbyists support a repeal of the tax, it is likely that the repeal bill will fail in the Senate, and the tax will take effect on January 1, 2013. Understanding both the implications and intricacies of the medical device tax can greatly affect due diligence, valuations, and negotiations for firms considering life science transactions.

Pressures on Operating Margins
Many larger medical device companies average gross profit margins around 65% and operating margins around 14%, and because of their sheer organizational size and direct sales forces, have more capacity for operational changes than smaller medical device firms. Smaller and early stage life science companies often have a lean infrastructure leaving them less leverage and control over largely externally-determined operating costs. For example, if a smaller firm reduces commissions paid to a distributor or independent rep, and they are unable to provide additional benefits elsewhere, the result may be a decreased focus on that firm’s products, therefore reducing sales.

Because the medical device tax is structured as an excise tax, the 2.3% is based on top line sales of “taxable medical devices” and does not differentiate based on a firm’s profitability. As sellers, manufacturers, and importers of medical devices prepare for the tax, their actions may create ripple effects in adjacent companies and industries as well. Suppliers who hold intellectual property, or provide a unique product or service to the medical device industry, may be more insulated from the broader effects of the tax because of their inelastic demand.

While final IRS guidance has not been released, the preliminary commentary covers important considerations, particularly in the case of many middle market companies. Companies providing medical equipment rental and repair services can be considered subject to the tax depending on whether a leased medical device is owned, as well as concurrently still produced and sold, by the manufacturer. On the other hand, companies that are export exempt, sold over the counter and subject to the Safe Harbor provision, or fall into the “retail exclusion”, may not be affected by the tax.

Effect on Valuations
With specific knowledge of the tax and its potential impacts to a firm’s income statements, buyside dealmakers may be able to leverage that knowledge over underprepared counterparts to drive attractive purchase multiples. Requiring additional insight or assurances into the viability of the operating model with the additional 2.3% excise tax reflected can help mitigate some of the risk of an acquisition in an uncertain tax environment.

Sellers may also be able to find an advantage by developing familiarity and understanding of the tax. Being able to demonstrate that management has successfully implemented strategic initiatives to counteract the tax, resulting in minimal interruption to (or even improvement in) operating efficiency can support higher valuations and purchase multiples.

Further Considerations
An additional aspect to consider when negotiating a deal in healthcare, life science, or similarly regulated industries is that changes to product or process — to offset the impacts of the tax, for example — may be considered sufficient enough to trigger and necessitate additional regulatory filings. In the case of a manufacturer who changes suppliers or begins using a new resin formulation, an updated application or amendment would need to be submitted to the FDA. The required filing timeline, which depends on the product classification and proposed change, can range from zero (letter to file) to up to 180 days (PMA supplement). These potential issues should be anticipated during diligence as they may affect product availability and should be accounted for both in time and money.

The complexity and uncertainty surrounding the device tax creates a competitive advantage that favors dealmakers who maintain up-to-date knowledge about how the latest developments will affect products and influence their valuations. Consulting with trusted advisors regarding the implications on a per-company basis can be an effective way of staying abreast without requiring deep dives into the tax code.

This was a guest post by Adam Piotrowski, who previously worked for the FDA, several medical device startups, and in corporate development at Stryker, a leading manufacturer of medical devices and equipment.