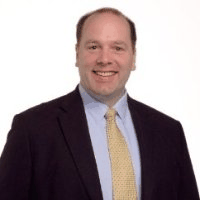 Over the last year, healthcare investing has become a tricky proposition. The Affordable Care Act and the Recovery Act have significantly affected the way healthcare is delivered and funded in the US. Over the course of the coming year, with an election coming up and an ongoing Supreme Court case pending, there is the potential for healthcare investing to remain turbulent.

To get a deeper understanding of the market and what could happen during the year, we spoke with Kevin Barnes, Vice President Strategy and Corporate Development at Premier Inc. He took part in our Healthcare Teleconference a few weeks ago along with Charles Anderson at Exaltare Capital.

During the teleconference, you said there’s a lot of confusion and uncertainty in the markets right now. Can you explain what you meant by that?

Kevin Barnes: I think there is confusion due to the uncertain regulatory environment that we’re in. That is with a major piece of legislation before the Supreme Court that may either get struck down completely or sent back to Congress for modification. We also have a market where health care providers are consolidating and a potential change of power in the Executive and Legislative Branches of our government. Some of that uncertainty will settle down after the elections and the ruling from Supreme Court this summer but healthcare, especially those with reimbursement risk, will continue to experience uncertainty for some time.

You also said that one major question you have is “Do you have the rights to your data in a way that allows us to expand the company the way we want to expand it?” What did you mean by that?

Kevin: The issue is with the Health Insurance Portability and Accountability Act (HIPAA) of 1996, a law that focuses on personal healthcare information (PHI). Today, everyone who walks into a doctor’s office typically signs some sort of statement allowing the provider to use your PHI. When you are a vendor to providers, you have to ask the provider what rights they have to PHI so that you can determine what you can do with the data you are sent. Supply chain data, outcome data, safety data, payor data etc. Can I take the data and clean it so that I can follow individual patients or only aggregate data? What restrictions on use are there once I have the data. Some providers will let vendors use their data but not if it is combined or benchmarked against data from the competitor provider across the street.

Data ownership in the healthcare space is unclear – the players that lock down rights to the data and find meaningful ways to use it will be the winners of tomorrow.

You also talked about how the election doesn’t seem to have a very big effect on healthcare because both candidates seem to be roughly the same on healthcare. What effects do you see happening?

Kevin: I would not say they have the same view on healthcare but their differences are not that stark and neither one of them are going to be able to cram anything down on Congress. I think the make-up of Congress is going to be more important. But as I stated earlier, the happening that will affect healthcare is the upcoming Supreme Court ruling on the 2010 Affordable Care Act. The outcome of this Supreme Court decision will have the greatest near-term impact on what happens in healthcare.

What major questions do you have in the coming year?

Kevin: Are the HIT companies really worth the high multiples? Will this exuberance continue or is there a bubble? There are a lot of factors involved, but as we bid on a number of these companies—we wonder if the multiple is staying where it is because PE needs to put their money to work instead of being true valuations.

Do you anticipate HIT multiples staying high the rest of the year?

Kevin: As an acquirer today, we hope not but we expect over the next 12 months it will probably stay high. We think there will be a correction at some point though.