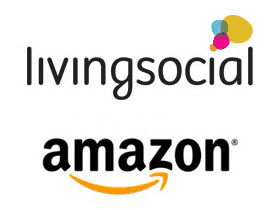 For early-stage companies, acquisitions can be a vital part of a rapid growth strategy. They allow the business to overcome its natural rate of organic growth and quickly outpace anticipated timelines. Yet, not all acquisitions go according to plan – just ask LivingSocial.

Last week the internet deal provider, a competitor to Groupon, announced nearly $456 million in net loss, most of it attributable to the revaluation of goodwill in 2011 acquisitions. LivingSocial’s CEO, Tim O’Shaughnessy, issued a statement to his employees trying to explain the problem: “In layman’s terms, we took a charge of around $496 million because we had to revalue some of the companies we acquired last year.”

However, it has become evident that LivingSocial is facing deeper issues than simply writing down past acquisitions. Amazon — a primary investor in LivingSocial with a 29% stake in the company — blamed LivingSocial’s poor acquisitions for Amazon’s underwhelming Q3. In its press release, Amazon explained, “The third quarter 2012 includes a loss of $169 million, or $0.37 per diluted share, related to our equity-method share of the losses reported by LivingSocial, primarily attributable to its impairment charge of certain assets, including goodwill.”

LivingSocial’s losses played materially into the total $274 million net loss Amazon experienced in Q3. As a result, Amazon lowered its share of LivingSocial to an estimated worth of only $94 million. Amazon’s drop in valuation makes LivingSocial worth roughly $325 million, 94% lower than the $5.7 billion valuation in December 2011.

The beginning of the troubles can be traced back to June 2011 when LivingSocial acquired Ensogo, DealKeren, and GoNabit, three deal sites that were rolled up in an effort to develop LivingSocial’s global presence. Despite the right intention, the acquisitions quickly became burdened by integration problems and financial issues, making them much less valuable than estimated. Although all three were acquired by — and for — LivingSocial, the troubled integrations created serious financial burdens for Amazon.

High-risk technology companies are typically beyond the investment thesis of most private equity groups, typically the purview of larger tech companies, but that may be changing. In the past few months, many PE shops have started investing in late stage VC rounds or acquiring venture backed companies. As their investments grow riskier, the challenges of high-risk rollups become more relevant. While most PEGs are used to dealing with post-merger integrations, they don’t usually have to think as much about wholesale valuation risks. The case of Amazon and LivingSocial should act as both a warning and a reminder to consider carefully each acquisition, both at the platform and add-on level – and to do deeper due diligence on past acquisitions by fast growing tech companies.

To handle these risks, it is important to have clear acquisition and post-merger integration strategies in place for any portfolio company looking for add-ons. By building clear sourcing and evaluation strategies, you can ensure that your portfolio companies are engaging in the right conversations. LivingSocial — although pursuing the right channels for an international expansion — most likely overvalued its acquisitions, given the available cash waiting to be spent. Without any guidance, a first-time rollup could be with an ill-fitted or unsustainable company.

Similarly, by establishing clear post-merger integration strategies and outlines, you can help ensure the maximum ROI on an investment. Sttreamlining the integration process and catching any red flags as soon as they appear can ensure there aren’t any unexpected outcomes later. Be sure to identify potential risks in financials, politics, and communications. If Amazon had been able to identify potential risks with any of the Ensogo, DealKeren, and GoNabit integrations, it might have been able to save LivingSocial — and itself — nearly half a billion dollars in goodwill.