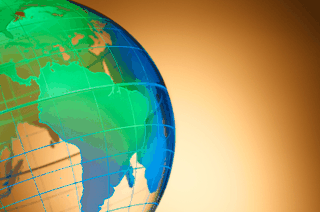 Every day deals are closing around the world. Cross border deals seem to be the new black. Last year fundraising for Latin American focused firms jumped 27% compared to 2010. Turkey has 50 private equity groups seeking deals. Africa is booming. Lack of opportunity is no longer the problem. The challenge, as always, is ensuring that you come out of negotiations with the deal you were expecting.

To get a little bit of insight into the cross border process, we spoke with Axial Member Claire Berger from Transworld M&A, who has spent the last few months working on a deal in Brazil. She helped us craft these four factors to consider in cross border deals.

When you’re no longer sourcing a deal with home court advantage, the information asymmetries get extremely acute. You can find it very hard to evaluate the strength of an industry, differences in local supply chains, and may lack the pattern recognition developed in local deals. Your traditional information sources may not be accurate or relevant any longer. You also never quite know how to read the counterparty in the deal.

But the same thing is true for your target. They may or may not know much about you and common practices in your country. Many of your questions are going to seem opaque and may be misunderstood. There may be a stigma attached to you based on prior transactions with others similar to you in many ways. In many cases you may appear very hard to read .

The real key to successful cross border deals is communication. The more that each side understands how  and why the deal is being approached the better it will go. As I spoke to Claire, the one thing I noticed was that all of the problems she had seemed to stem from miscommunications between the two parties. Most prevalent were issues that each side thought would be obvious to the other side, like the fact that the entire country would close down for a week or so during Carnival or that the symbol for the Brazilian Real is nearly identical to the US Dollar.

In cross border transactions, there are often differences in the generally accepted accounting practices (GAAP) between the two countries. Being aware of the differences and being able to translate the financials can be critical to the success of the deal.

As Claire mentioned, “The biggest tip I would have is to work with an accounting professional who is familiar with both countries’ accounting practices. Brazilians use different methods so their statements that often are reflected differently in the chart of accounts. The financials can be recasted properly — it’s just a matter of working through the process. My recommendation is to spend more time with the original accounting firm and a translator to ensure a solid financial foundation for the sale process.”

Additionally, sales agreements are often different from country to country. It’s critical to work with an attorney familiar with both sets of laws. There are going to be numerous translations of common conventions here in the US into more country relevant conventions.

One of the biggest challenges in making an acquisition in a foreign country is ensuring that you’re doing it legally. Does the country have requirements around what percentage of a company or industry can be owned by foreigners? Canada made the news recently by allowing foreigners to own up to own entire (smaller) telecom companies, whereas previously they had been restricted to minority shareholder status.

In Claire’s case, she found that Brazil favors stock transfers to asset transfers. There aren’t as many lawsuits in Brazil so it’s simpler to transfer the whole company and asset sales can actually end up being harder transactions. “The easiest way to acquire assets, if you’re going to go that route,” as she told us, “is to buy an existing Brazilian corporation with Brazilian shareholders and then transfer the assets between the companies. “
She also noted that, “It can actually be easier to close the transaction in the States as the government asks more questions in Brazil. Its a Foreign Direct Investment so it requires more government oversight.“

In evaluating and negotiating deals abroad, the exchange rate is paramount. The exchange rate affects both the negotiation of the deal itself and any earnouts negotiated into the deal. If the exchange rate changes dramatically over the course of a 3-5 year earnout or seller note, it can significantly affect the profitability of a deal.

Let’s imagine a company purchased in Canada, a safe US trading partner, with a $10MM CAD seller note over the next three years. To make the example simple, imagine three equal payments on January 1 of each of the following years.

If the company was purchased in January 2008, the anticipated liability of the three year seller note would have been $10.1MM USD (an exchange rate of CAD = 1.01 USD at time of purchase). Near the end of 2008 and early 2009 the exchange rate spiked in favor of the CAD (CAD = 1.22 USD). The actual three year liability for the company would have been $10.8MM on the seller note. The requirement of an additional $700k in payments may have resulted in an inability to repay loans or at the least could have crippled the working capital of the company.

Sometimes, even before the sale of the company exchange rates can be an issue. As Claire told us about her transaction, “the sellers financials were given to us from their accounting group in US dollars symbols and at first review seemed fine. However, upon discussion with the Seller it was determined the actual financials were provided in Reals, and as a result EBITDA needed to be discounted.“

While doing a cross border deal, think of exchange rates as the compounding risk layer. Every private market investor assesses the risk of any transaction and the odds that the deal will be good. With foreign transactions, consider not only the risk of the underlying company but the general health of both your own country, the country of investment, and economic relations between the two.

Ultimately many great companies are acquired abroad and different markets are heating up around the world. Being aware of common pitfalls can help you avoid mistakes when you’re getting close to closing a great cross border deal.