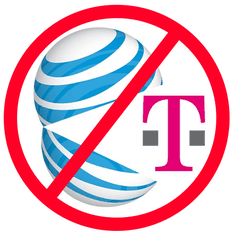 In an attempt to buy growth and unclog its wireless spectrum congested by data-guzzling iPhones, AT&T made a $39 Billion bid for T-Mobile, the weakest of the four major US cellphone carriers. On Monday, after enormous regulatory and antitrust resistance and skirmishes all across the Washington beltway, they decided to end the long battle. The proposed merger would have created a duopoly – AT&T and Verizon – controlling 75% of the US market, and its failure comes as no large surprise to the investment community. Tero Kuittinen, an independent research analyst, echoed the anti-climax, calling it a “mirage, [a] dream of a merger.”

A portfolio manager on Societe Generale’s Risk Arbitrage desk laughed when I discussed the deal with him in March 2011, saying there was absolutely no way it would go through regulatory bodies like the Federal Communications Commission or Justice Department.

The bad news for AT&T doesn’t end with the dashed hopes of consolidation and spectrum decongestion. Per the terms of the merger agreement, AT&T must now pay Deutsche Telekom, T-Mobile’s parent company, an enormous, 10.2% of the deal value, breakup fee of $4 Billion (one of the largest ever, according to Dealogic and the Wall Street Journal) wiping out AT&T’s last quarter’s normalized net income. The size of the fee and the absence of an antitrust contingency clause in the merger agreement has left some wondering what “the bankers were smoking” when they drafted the breakup clause on behalf of their client.

If antitrust enforcement becomes increasingly tougher, there is a chance we could see M&A move further downmarket, where large acquirers can snap up a lot of smaller targets without running into regulatory problems and having to pay annoying, if not exorbitant, breakup fees.