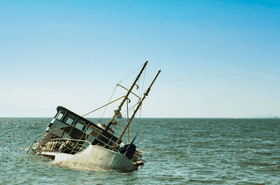 Mergers are supposed to make companies more productive. They’re meant to get rid of inefficiencies, grow revenues and result in a stronger bottom line. But sometimes things don’t go according to plan. The new team won’t buy in, middle managers are unhappy with their pay, and the acquired company isn’t reaching its projected growth. What happened?

In numerous studies, researchers have found that somewhere between 50-80% of mergers fail to create value for shareholders. While some people believe the major issue is dealmakers who get caught up in trying to close deals at any cost, we believe that failure is more often the result of bungled attempts to merge the companies after the papers are signed.

Axial Member Tom Nelson, CFO of Racine Federated until they were recently acquired by Badger Meter, spoke with us about his successful acquisitions and how he avoided three major issues common in most acquisitions.

A huge issue in most mergers is finding a way to combine differing policies and pay between the two companies. Each has their own hiring policies, reporting, hierarchies, and employee benefits. As Tom told us, “There will always be structural differences between two merging firms. The real challenge is in the perks that some smaller companies offer to mid or senior level people that you’d prefer not match. You talk with them and try to make them whole. “

He continued, saying “Typically, communication is what makes it work. The best approach is to just get them all on one page and communicate the best you can. Compensation patterns and compensation structures are some of the things to deal with early in the process. Once the deal is done you want everyone to feel like they’re being treated fairly so that they jump into their job with both feet. If there is uncertainty after the close it can cause real issues in integration.”

As for dealing with policy issues, especially deeper human resources issues like job reviews, Tom noted that “A lot of the policies have to do with supervision. If you can keep as much of the existing supervision as possible you’re better off. Look at HR patterns when you’re looking at the deal. During due diligence or near closing the skeletons start to come out of the closet. You’ll get a sense for the good managers and the ones you need a more hands on approach with. Then you have a meeting with those managers. You’re also sensitive to the fact that if they’re not getting on the bus you need to address that issue.”

“One rule of thumb for policy issues is that if you, as an acquiring company, can’t get your own people do something very well don’t expect the acquired company to do it well.”

Once you have basic compensation issues worked out, the next issue to consider is how the companies run different systems internally. As Tom described, “Most of Racine’s acquisitions were smaller private acquisitions. Pre-closing the best thing to do was to get everyone together and on the same page. In smaller companies many times the CEOs or owners don’t do a lot of formal bookkeeping so there is a lot of legwork to get all the numbers and information. But those are just details, the trick is figuring out what you need to get your hands around. In a manufacturing company like Racine the real work came in understanding production planning, financial planning, cashflow planning, etc. We really had to get those processes into place so we could do our work going forward.”

For the employees themselves it can be quite a transition, especially as the acquiring firm starts to impose new production methods. Companies are often built around informal networks of relationships and knowledge, but as the methods change the old knowledge network loses value. In order to stay productive, employees often need to develop new relationships with different colleagues, a process that can be difficult if it’s not managed well. A recent study of mergers found that early appointments of new managers created significantly better long term success in post-merger integrations, so “they can take an active part in decision-making and trust-building” which helps employees better navigate the changing processes.

3) Getting Employees to Identify with the New Company

When senior managers get completely focused on getting a deal done, they can overlook the importance of company identity and culture. In many cases, employees of the target company connect deeply with the culture and brand of that company while having no feelings or even negative feelings towards the acquiring company. This is especially acute if the acquiring company is a prior competitor. The tension may result in lower productivity or territorial behavior.

Tom described the way Racine resolved the issue of getting buy-in, saying “The best thing Racine did over the years is what we referred to as ‘underbranding’. In this process, the target company’s name is kept in a premier position for a while (i.e. XYZ, a division of Racine Federated). This situation allows employees under the new management to retain a sense of identity from the past company. Then over time, maybe after a year or so, the two brands are more thoroughly merged. By then the employees feel comfortable being part of the larger organization.

“At Racine, we didn’t see much employee turnover. I think because of the underbranding, which usually lasted a year or so, most of the people are on-board by the time we fully integrated the companies. The people who leave right away are the ones who don’t want to change to the new hiring policies, HR reviews, new culture, etc.”

The Complete Video Series on Planning a Merger Integration

How to Prevent Failed Mergers