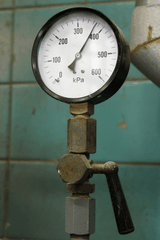 Too much of a good thing is never a good thing. Dry powder is no exception to this rule. With the year coming to a close, and election uncertainty (mostly) resolved, investors are becoming increasingly concerned about how the 2013 investment landscape will change if GPs embrace the ‘use it or lose it’ mentality often associated with the excess dry power. It seems like there are only three outcomes to deal with the pressure from the extra capital.

The first, according to a recent article by Andrew Ross Sorkin, is dry powder yielding a classic supply-demand dichotomy — since there is so much excess capital in the market, demand is expected to far exceed supply, ballooning the price of traditional deals to untraditional highs.

Inflated prices could mean bad news for the lower middle market. As the largest firms begin seeking any available deal, the trend could carry through the entire industry, with many firms looking to move down market as prices rise. Such investments could leave few opportunities for the smaller firms with limited investment capacities.

The concern for inflated prices was echoed by Stenning Schueppert of Total Safety in our Corporate Development Report. He explained that when Total Safety is “pursuing a smaller deal, [they] are competing with the smaller-cap, mid-market PE funds with excess dry powder themselves. Given the whole ‘use it or lose it’ issue, we feel they need to put that powder to work. And, as a result, they may possible be overpaying for opportunities.” As the pressure mounts, even strategics may be impacted by the inflated prices, losing their traditional advantage of offering higher bids.

However, there is another side to the excess-dry-powder coin. According to Sorkin’s article, there have been whispers around the water cooler that the dry powder has piqued the interest of some firms in going “elephant hunting — seeking big deals worth as much as $10 billion — and are willing to pay a special bounty for bringing them acquisition targets.” In short, these firms are looking for mega-deals.

Ah, mega-deals. The term evokes memories of bygone days in the bullish, excessive 1980s and mid-2000s when private equity shops bought enormous companies left and right. However, since the economic crisis, these juggernauts have become nearly extinct.

But, there are murmurs of a resurrection. Although a full return is less likely than inflated deal prices,  there have been rumors that 2013 might witness a resurgence of mega-deals. As a series of indicators align — including dry powder, an abundance of low-yield bonds, and public market liquidity — it seems like massive LBOs may return, which could mean good news for some lower-middle market firms. The speculation is only fitting — after all, we are nearing the 24th anniversary of the archetypal mega-deal.

In a recent article, two Bank of America strategists argued that today’s “historically low yields and the abundant liquidity in the public markets” are perfect conditions for large deals. Although deals may start relatively small — around $5 billion — deals could reach $20 billion. According to the BoA strategists, “the most constraining factor for deal size appears to be equity – not debt.” Disney’s acquisition of LucasFilm may be one of the incipient, smaller deals.

Although rising deal valuations or mega-deals seem probable given the amount of dry powder floating around, there are still other options to deal with the excess. As Primack explained, a third way for GPs to neutralize their dry powder is by renegotiating the terms of their funds.  For example, rather than scurrying to meet the nearing fund deadlines, GPs could retroactively cut the fund size — a method employed by some VC firms in the aftermath of the tech bubble burst in the early 2000s. Or, GPs could ask LPs to extend the fund deadline. Although these requests are usually seen unfavorably, LPs often have little choice but to accede.