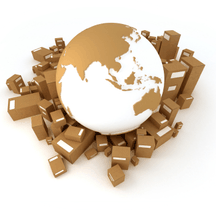 Change is the theme of last week. In terms of enacted change, we saw KKR become truly ubiquitous and expand into several new areas of investment. We also saw LeBron go from ringless to ringed. In terms of potential change, we saw the beginning of the end for proprietary deals. The end could be near for tech IPOs as well, if the ambitious ServiceNow IPO fails this week.

Catch up on all the news you missed last week.

Victimized by the Proprietary Deal
Love proprietary deals? Their days may be numbered. The tide seems to be turning against cold calling campaigns as business owners begin to recognize the risks–for them–of prop deals and singular buyers. John Warrillow, a serial entrepreneur who has become a consultant for business owners trying to sell, has begun to educate the uninitiated masses. If you depend on prop deals, get ‘em while you can (and learn how to source deals in an increasingly networked world as a safety net).

The Next Tech IPO: Why ServiceNow May Be Worth $2 billion
Anyone trying to navigate the post-Facebook IPO wasteland is going to be under scrutiny. ServiceNow must have missed the memo. With a target price valuing them at 20x their 2011 fiscal revenue, it feels like they are inviting excess scrutiny and sideways looks. But, if you take a little bit closer look at their growth rates and real sales numbers, there is a case to be had. Is the case strong enough to justify the possibility of back-to-back failures of large tech IPOs?

KKR is Everywhere
Whatever mezz can do, PE can do better. Or rather, KKR can do better. Two weeks ago we saw mezz firms pushing beyond their typical investment strategies. Last week, KKR did the same. The PE giant has taken steps to evolve into an asset manager by acquiring Prisma Capital Partners and it has abandoned its traditional need to control a deal by participating in Sonos, an uncharacteristically early stage venture investment. Oh yeah, it also set up a new deal team in Singapore, established a second fund for its Asia investments, and acquired Fotolia. What’s next, world domination?

Sourcing Deals in an Increasingly Networked World
Batman vs. Joker. LeBron James vs. Kevin Durant. Harry the Hub vs. Stuffy Steve. A battle for Gotham City, the NBA Finals, and the lower middle market. As the world becomes increasingly networked, the internet has become a powerful tool for deal professionals. Although ‘Stuffy Steves’ tend to rely exclusively on golf courses and cocktails, online networks have become a major source of new relationships. Learn how ‘Harry the Hubs’ are utilizing new tools to improve their relationships and deal flow.