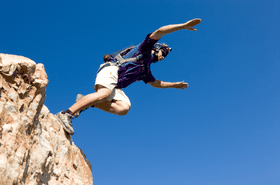 A few weeks ago, many of the articles were about the dry powder accumulating in the PE world. As PE shops are forced to deploy more money into an environment without significantly more companies, it looks like we are beginning to see their investment choices expanding. They are buying up VC portfolio companies, making riskier investments, and even expanding into the hedge fund space. This wide-ranging strategy seems to be attracting single-family offices, as the number of offices with PE commitments doubled in the last three years. On another note, the impending fiscal cliff might not be as scary as we think.

Check out the articles below:

Venture Capital — Another Breeding Ground for Private Equity: Private equity firms have begun to compete with corporate buyers in snatching up VC portfolio companies — new ground for investors who typically focus on very predictable acquisitions. According to a recent report from Pitchbook, a record number of VC exits (18) came in the form of VC-PE buyouts. In some ways PE’s new source makes sense — strategics have been particularly cautious of late, and PE firms saw an opportunity to use some of their dry powder. Will VC-PE deals become more common or will strategics strong-arm PE’s out of their space?

Will Private Equity Fill the Black Hole Left by Venture Capital? As a mid-market company, it can be difficult to find new rounds of fundraising. Luc Filiatreault explained, “VCs don’t see enough return to fund them; private equity simply isn’t interested until they hit the profitability stage; and angel funds aren’t sufficient.” Basically, these mid-market firms are caught in a rut, especially in Canada. As it turns out, some PE shops are not only buying from VC portfolios, they are also beginning to compete directly with some VCs in seeking riskier investments. Maybe PE firms will utilize this more ad-hoc investment style until the economy is on a stable footing. Or at least until all their dry powder is gone.

When Private Equity and Hedge Funds Collide: Following in the steps of KKR and Carlyle, SAIF Partners — a PE firm that traditionally focuses on growth capital deals in China and India — may be looking to move into the hedge fund space. According to Rod Sutton, of FTI Consulting, that transition might not be as dramatic as it sounds because, “the skill sets needed for both asset classes are complimentary, but the ‘time horizons are different’.” If the skills are indeed complementary, will we see more PE shops following this trend?

Single-Family Offices Warm up to Private Equity: With traditional LPs becoming more cautious, single-family offices are an increasing source of funding for PE shops. Based on a survey from Grant Thornton of 129 single-family offices, 86% of the respondents are already investing in PE and want to increase their investments. Anyway you cut the data, it looks like these family offices are warming up to PE. How can you capitalize on the new capital? Networking.

Let’s Jump Off the Fiscal Cliff: According to Bill Gale of the Brookings Institution, we should not be afraid of the $600 billion fiscal cliff that is waiting for us on the other side of New Years. Although there is risk that the tax increase and spending cuts could send us into another recession, it could also help us build the foundation for a stable long-term recovery. The anticipated drop in early 2013 could be offset by another compromised short-term stimulus package, mitigating the negative consequences. But is it too risky?