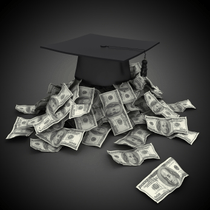 If you were busy watching Euro 2012 last week (don’t worry, we won’t hold it against you), here’s a quick recap of the week. We found out that private equity groups were more profitable than public equities, probably due to the way PE firms have learned to protect themselves in the last 10-15 years. In fact, the mezz market is so competitive fighting for sponsored deals that mezz firms are now trying to get in on the action as well by making equity investments. To round it off we’ve got an interesting op-ed about whether or not PE firms should start investing in high school students.

Give the articles a closer read below:

This ain’t Mitt Romney’s Private Equity Market
Private Equity has changed a lot in the last 20 years. No doubt about that. The article takes an intriguing look at the ‘failures’ of Bain, and more specifically Romney, in the context of tactics used today. In the past few years, outcomes for firms have changed due to lower debt-to-equity ratios, dramatically larger fund sizes, a broader institutional investor base, and looser leveraged loans, creating an unduly harsh view of past failures.

Data Buffet: Private Equity’s 2011 Distribution Deluge
2011 was a good year to be an LP. A total of $93.6 billion was returned to PE investors during 2011, a 25-year high. Comparable growth was seen in VC distributions. Is this outstanding performance a sign of remarkable PE and VC performance to come?

Mezzanine Financing Back in Vogue
Looks like mezz is back in style. With traditional lenders still wary of financing LBOs and the SBIC rates dropping, mezz funds are seeing returns as high as 12%. Even pension funds are getting in on the action. But with a low number of deals being done are there really enough opportunities for everyone?

Middle Market: Mezzanine Shops Look to Co-Equity to Fortify Returns
The distinction between mezz and PE has become blurred. No longer needing to incentivize mezz shops with warrants, PE firms have removed the free equity from the table. In response, mezz shops, not wanting to lose the equity, have begun to look for co-equity. If mezz guys are now using 10-15% of the mezzanine debt for straight equity, are they investors? Are they lenders? Are they both?

The College Graduate as Collateral
College grads’ growing piles of debt may very well trigger the next debt crisis. As the current model of student debt is starting to become unsustainable, the US could start to follow the model of Australia and charge students a fixed percentage of their wages after college. Might be an interesting investment for private equity groups or hedge funds willing to make basket investments in student loans. I can see it now — tranching students, flights to quality, and discussions about GPA-to-debt multiples over cocktails.