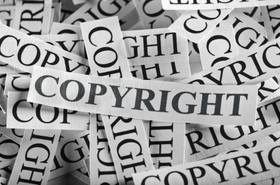 Although markets are on stronger footing than they were this time last year, things are not quite back to normal. Apparently no one is doing deals anymore, or so the news would have you believe. Reporters are writing that investment banks are focused on patents and PE shops are gobbling up bonds. Elsewhere, there is significant interest in energy deals and new groups starting up in the Middle East.

Patent Deals Give Investment Banks a Boost: In the thick of the underwhelming M&A market, investment banks have found an area of alternative activity: patents. Over the past 12 months, patent deals have jumped from $450 million to $18.8 billion. No longer a ‘niche asset’, Lazard, Evercore Partners, and Barclays have found serious profits in this previously tiny asset class. Will interest in patents endure even after the deal market has recovered?

Private Equity Loses to Junk as Dealmaking Wanes: For some PE shops buying debt has become more profitable than taking it on to do a deal. With fewer deals coming to market, purchasing corporate debt holdings has allowed investors to earn attractive risk-adjusted returns. Over the last year, some of the biggest shops including KKR, Blackstone and Carlyle, have found their corporate debt arms becoming the most profitable parts of their business, continuing the ongoing trend of diversification of investment away from traditional buyouts.

Private Equity Energy ‘Rescue’ Deals Bring Good Press, More Capital: In a time when financial institutions are distrusted, European economies are teetering and Romney has brought a storm of criticism into the PE world, good press is a rare commodity. Unless, that is, you invest in energy. Read about how the major players and others have received strong support – and a pretty penny – for investing in energy and natural gas. Be careful, though, high risk accompanies high reward.

Speaking of energy, it might be worthwhile to keep an eye on Cnooc, the Chinese oil giant, and its pending acquisition of Nexen. This graphic shows how they’ve been expanding globally through acquisitions the last few years. However, insider trading allegations may slow the momentum.

Ex-bankers Go Solo in the Gulf: If you are looking for a new region for expansion, the Middle East should be on your list, at least according to May Nasrallah and several other ex-bankers who have recently expanded into the region. Incentivized by a developing market, a tax-free business zone and a sense of national pride, new firms have been appearing throughout the Gulf. However, don’t take this move lightly – failure doesn’t bode well in this market.