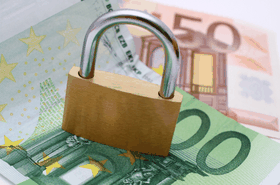 The press was seemingly focused on LPs this week. We learned that LPs are wary of their once favorite investment location (emerging Europe), that banks are avoiding LP roles due to the Volcker Rule, and that some LPs are being strong-armed by GPs. As a change of pace, we conclude with an article about the active technology sector and an article with tips for small business owners looking for PE help.

Check the articles out below.

What LPs Think of Emerging Europe: Here is another great video from PrivCap. In this segment, Baris Gen of IFC, Ralph Jaeger of Siguler Guff, and Robert Graffam of Darby Overseas Investments lend insight into current investor perception toward emerging Europe. In short, it is skeptical and there is competition for capital. Watch the clip to learn more about LPs’ views and about the value of having new investment themes and a few success stories.

Volcker Specter Haunts Private Equity: You may need to find new LPs. Well, at least if you have any banks as an investor. As it turns out, the Volcker Rule is scaring banks away from re-upping their traditional private equity commitments. The most surprising part? The Volcker Rule doesn’t actually exist yet. Until there is more certainty surrounding the final language of the law, banks seem to be playing a cautious game and stepping carefully in any realm which may be impacted.

Private Equity Recaps (no, not that kind): What happens when a fund is in the carry and its GPs refuse to liquidate the portfolio companies? For the answer, look no further than Behram Capital III. This fund, which by most accounts should be buried, is still generating a healthy fee revenue. Dan Primack explores the situation and questions the reality of LP-GP relationships.

Technology: The Most Active Industry in Q2 M&A Deals: What tech bubble? According to PWC, the technology sector was the most active M&A industry in Q2, comprising 20% of all US M&A deals. Although the 55 tech deals completed in Q2 is a 15% decrease from Q1, the collective value of the deals increased by 8%. The increase in deal value was led by the hardware sector, which totalled $20B. Read the rest of the article to learn how internet deals, software deals, and the “global macroeconomic trends” have shaped the industry.

Owners Should Know What They’re Getting With Private Equity: Given the Mitt-Romney-spurred rise in private equity criticism during the last few months, it is unclear where the political lens ends and where the genuine, pragmatic concerns begin. This article attempts to clear up the issue. Directed toward small business owners considering a PE investment, a common theme is encouraged: go slowly. The article tells SMBOs to “know your investors,” “know what you want,” and to “do your homework.”

This week on Axial:
80 new Opportunities were brought to market