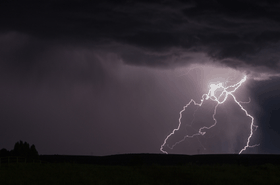 As 2012 winds down, much of the media has begun to look to 2013. Some believe the new year could mark a significant change for private equity firms. Anticipated changes to tax laws — including carry and cap gains — and a removal of the general solicitation ban could alter the investing landscape. The fiscal cliff, however, will unlikely have a major impact on private equity.

Changes are also brewing internationally. Many US private equity firms have begun exploring foreign markets, particularly in Southeast Asia and in Africa. Growing competition and corruption are points of concern for these markets.

A Storm is Coming: PE Funds Fall Under Reg D 506 C: Effects of the JOBS Act may be realized sooner than anticipated. One such effect is the elimination of the general solicitation ban. According to David Drake, founder of LDJ Capital and The Soho Loft, funds will be able to begin advertising as “early as December 2012.” If general solicitation is put into effect this month, it could mean a busy 2013. Drake anticipates that the advertising capability could help smaller broker dealers “reinvigorate their capital investor base” and may encourage foreign firms to build a presence in the US.

The Fiscal Cliff and Private Equity: For private equity firms, the looming fiscal cliff is much ado about nothing. At least according to Dan Primack. Given the long-term nature of most PE investments, the potential damage caused by the cliff would be temporary in the larger scheme of the investment. Still, an ailing economy is never good for any investment — whatever the timeframe. The real concern for private equiteers should be the anticipated tax changes. If carried interest and capital gains both receive overhauls, it could mean very different paychecks in 2013.

Private Equity Interest Shifts to Southeast Asia: Southeast Asia has become an increasingly popular international destination for US private equity firms. Just look at KKR’s new Singapore office. Or Carlyle’s first major investment in the region. However, US private equity firms have some company — as slowing growth in China and India has many acquisitive strategics eyeing add-ons in the area. The heavy competition, combined with relatively few small businesses, has caused valuations to rise. If you have any investments in the region, it might be a good time to start thinking about exiting.

Why U.S. Private Equity is Betting on African Consumers: Southeast Asia is not the only international market attracting private equity firms. With rising incomes and an estimated 100 million new members of the middle class, Africa has begun to shine. Hurley Doddy — co-CEO of Emerging Capital Partners — believes that the rising middle class and increasing number of Africans returning to the continent will encourage significant growth in the consumer telephone, internet, and coffee industries. Challenges — including corruption — still pose threats to uniform growth in the continent. Here is a great video from PrivCap discussing the Myths and Facts in African Private Equity.