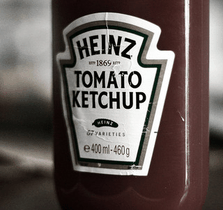 Happy Presidents’ Day! So, Heinz? That was unexpected. Between that buyout, the Dell deal, the expected American and US Airways merger, and Anheuser-Busch InBev’s revised deal with Grupo Modelo, 2013 is certainly shaping up to be a year of mega-deals. But, it remains to be seen if the prolific mega-deal activity will carry out through the entire M&A industry.

Buffett and Brazilian Investor to Buy Heinz: Early on Thursday morning, it was announced that Warren Buffet and Brazil’s 3G Capital would buy Heinz for $23 billion. Does this mean Buffett doesn’t hate private equity anymore?

American and US Airways Announce Deal for $11 Billion Merger: After nearly a year of talks, American Airlines has agreed to merge with US Airways. If successful, the merger — valued at $11 billion — could further the oligarchic nature of the airline industry.

Virgin Media Board Sued Over Liberty Global Sale: Looks like Dell isn’t the only company with unhappy shareholders. Last week, Virgin’s CEO Neil Berkett was sued by a shareholder for the company’s sale to Liberty Global.

M&A Making a Comeback: Many are seeing the mega-deal frenzy as a sign that 2013 will be a strong year for M&A. Wilbur Ross seems to think so as well. But can boards and investors shake off the uncertainty that plagued 2012?

Inside the Private Equity-Entrepreneur Relationship: According to Clive Kahn, CEO of CardSave, there are five stages to any private equity-entrepreneur relationship: courtship, marriage, honeymoon, midlife crisis, and separation (either amenable or acrimonious).

And, although it’s not M&A related, this was pretty interesting: meteorite fragments hit Russia.

Thanks to Leonid Mamchenkov for the photo.