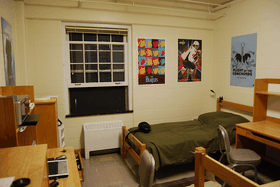 Welcome to October. Last week we heard some more news about the struggling economy (this seems to be the common theme in the last few Week in Review). Between the continued decline in M&A and Citi’s uncertain global economic forecast, it remains unclear when the recovery will occur. To escape this decline, many investors have moved to less populated spaces, including the dorm room and real estate. If you thinking of moving to less populated spaces internationally, you might want to build some guanxi before eyeing China.

GPs Still Need to Rely on Guanxi: Nowadays, a successful investment in China takes three things: capital, industry insight, and guanxi. Yes, guanxi (or a valuable personal network). In an environment where, “most Chinese companies have committed some kind of sin,” it is extremely important to ensure that you are investing in an honest and trustworthy firm. Since third-party background checks are illegal in China, however, the only way to vet a firm’s staff is to rely on your existing personal network. You might want to start building out that rolodex.

Still Falling Off the M&A Cliff: How long will we keep telling ourselves that the M&A recovery is just around the corner? The numbers are certainly telling us otherwise. As Primack explains, “Year-to-date European M&A is at a 10-year low, and quarter-over-quarter volume fell approximately 42%. U.S. activity is at a nine-year low, while Asia is reporting its weakest mark since 2005.” Unless Q4 can turn it around, we might need to readjust our expectations for M&A performance.

Funding the Dorm Room: Although many venture capitalists have long-recognized college campuses as a hotbed for innovation and creativity, none have ever entrusted students to make investment decisions. Until First Round Capital. Last week they announced a $500,000 Dorm Room Fund, which will allow eight students in the Philadelphia area to invest in local startups run by current students or recent grads. No industry requirements. Just an average investment of $10,000 – $25,000. Is First Round on to something here?

The Mitt Romney Effect on Private Equity and Venture Capital: Despite allegations from the press, Mitt Romney might not be responsible for the increased scrutiny of private equity. According to several speakers at the Private Equity Analyst Conference, the focus on private equity has been a long-time coming. Issues stemming from the financial crisis, tax benefits on capital gains, and carried interest have done more to peak congressional interest than Mr. Romney. Yet, it seems hard to completely discount Romney as a factor. Has his fame caused critics to focus on the bygone days of1980s PE rather than consider its current form?

In other news, it looks like some major PE shops are looking into real estate again. Last week, it was announced that KKR formed a joint venture with Hines and Pinto Realty Partners to develop the Pinto Business Park, a 971-acre business park in Houston. A few states east, Blackstone announced its plan to buy roughly 15,000 homes (~$1B) in Tampa Bay over the next three years. Will we see more real estate investments in the future?

Thanks to Borman818 for the photo.