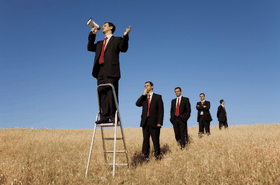 On Monday, the ban on general solicitation was lifted. There were no ads for Blackstone’s new fund in Times Square (yet), but it is still too early to feel any impact. While some expect the greater availability of information will disintermediate many PE firms and VC firms, others think it will cause PE firms to be more visible with their performance metrics.

This week also saw many confident predictions about the future of M&A. Tony James, for example, thinks the still-nascent U.S. recovery, European stabilization, and growth in China set the stage for “good times.”  The boom may already be here, as fundraising has hit the best nine-month record since 2008.

And the surge of tech IPOs continued this week — including King, the British computer game maker, which indicated yesterday its intent to file for IPO on Nasdaq.

Shore Points Capital Management, LLC, is a New York-based private equity firm focused on smaller middle-market change-of-control transactions.  A Member of Axial since early 2013, the firm partners with existing owners/managers as they acquire and invest in well-managed and well-positioned software, manufacturing, service, and distribution companies located principally in North America.

Shore Points primarily sponsor deals involving businesses with enterprise values from $15 million to $75 million, with EBITDA of $2 million to $10 million.

Connect with Shore Points Capital or any of the other 13,000+ Axial Members.