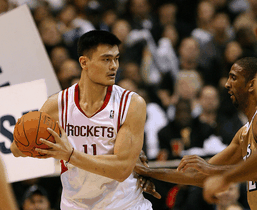 Has the PE world become isolated? Compared with historical trends, PE shops have been mostly trading among themselves in the last few years. It also appears that PE firms have been sitting on their portfolio companies for longer than usual. It may not be related, but some major PE funds are starting to diversify by investing in Africa. For those business owners left in the US, crowdfunding seems to be the charge of the day – but does it bring it’s own trouble?

Read more about the articles below:

More and More, LBOs are Becoming Hot Potatoes: Are buyers becoming wary of the leveraged deal? Based on recent findings by CapIQ, it sure seems that way. In the second quarter of 2012, the most active buyer of private equity’s leveraged buyout deals have been other LBO funds. Some believe that this secondary market of LBOs is not an indication of buyer trepidation, but rather is sign of PE overgrowth. Others, however, believe this type of trading is expected.

Private Equity Still Holding 72% of Companies Purchased During Boom: It seems that GPs are sitting on their portfolio companies. According to Preqin, 72% of companies purchased during the 2004-2007 boom are still owned by PE shops. This ownership period far exceeds the traditional 3-5 years that most GPs hold a given portfolio company. GPs are supposedly waiting for more favorable market conditions. But could this create a few more situations like Behram Capital III

KKR Said to Consider Investing in Africa, Following Carlyle: It seems the trend of investing in emerging markets is constantly growing. KKR just announced that it is hiring a dealmaker to look for investments in Africa. Although the group would not raise a unique fund dedicated to the region, it is hoping to diversify away from western economies. According to EMPEA, investments in sub-Saharan Africa have jumped 27% since the beginning of the year. As more attention and capital is diverted to emerging markets, maybe more businesses will have to turn to crowdfunding.

Startups, Raising Money by Crowdfunding May Scare Off Other Investors: Although the SEC failed to consider the JOBS Act at its meeting last week, crowdfunding gained some media attention last week. Michael Stocker, a partner at Labaton Sucharow LLP, warned entrepreneurs to be cautious when considering crowdfunding. He argues that crowdfunding may cause long-term practical and legal issues that can scare off big-ticket investors. Read the article to learn more about his forecast of the provision.

Crowdfunding the Farm: A different group is less pessimistic about the future of crowdfunding. Last week, a new crowdfunding site – Fquare – was founded. Who is the site’s target entrepreneur? The farmer. Learn how the site utilizes a sale-leaseback structure to help developing farmers. Maybe the implications of the crowdfunding provision are much more extensive than originally planned. Will this alternative approach survive the SEC’s impending review?

And in other news… Yao Ming – the Houston Rockets’ former big man – has decided to follow fellow ex-NBA star David Robinson by purchasing a private equity fund. “No, no, that’s not a typo”.

Thanks to Keith Allison for the photo.