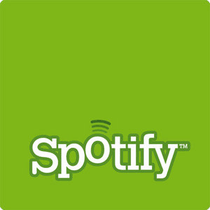 Although the spotlight on elections may have faded, an undercurrent of concern still pervades the private equity industry. Anticipated regulatory changes, from a new tax policy on carried interest to anti-bid-rigging policies, have some firms wondering how the industry will shift in the coming months. On the other side of the equation, Jeffries’ 1.2x valuation by Leucadia might cause some bulge bracket banks to consider downsizing.

In other news, another round of incredible valuations last week. Spotify earned a $3 billion price tag while Zulily was valued at $1 billion.

An End to the Carry On: Although it will probably be a few weeks before we have any real visibility on tax reform, there is one change you can probably bet on — carry will no longer be taxed at capital gains rates. The recent spotlight on private equity, and strong promises from the president, all point to a policy revision that will tax carried interest as regular income. The jump in rates could add an additional $2 billion worth of taxes. Although many lobbyists warn that the new rate could act as an impediment to investments, “that seems implausible.”

Buyout Firm Flipped a Company in a Day: While most PE firms like to hold their investments for 5-7 years, Castle Harlan likes to hold them for a mere 7 hours. Or at least that was the case with Norcast Wear Solutions. After buying the mining services company from Pala in July 2011, the buyout house flipped the company in a mere 7 hours to Bradken, a competitor to Norcast. The rapid flip — and $20 million appreciation — caught the attention of Australia’s Federal Court when Pala accused Bradken of “bid-rigging.” If the court rules against Castle Harlan, will a minimum timeline for an investment be imposed?

Why the Jeffries Deal Could Worry Wall Street’s Giants: The markets opened on Monday with some pretty big news — Leucadia was buying Jeffries for $3.6 billion. The price tag values the investment bank at roughly 1.2x its book value. At a time when major banks — like Goldman and Morgan Stanley — are being valued below book value, the positive valuation was a bit of a surprise. After all, Jeffries has a lower credit rating, higher borrowing rates, and is more susceptible to market swings. So how did Jeffries do it? Might be related to regulations capping returns, causing a downsizing of some of these big firms.

Spotify Worth $3 Billion Without Actually Making Any Money: How many billion dollar valuations can be announced in one week? Apparently two. First, Spotify raised another $100 million from investors, bringing the valuation to an astonishing $3 billion. A few days later, it was announced that Zulily — a deals site for moms and kids — completed a new round, pushing its valuation to $1 billion. What are the exit strategies for these businesses? If Groupon is any indication, deal sites do not do well on public markets. Maybe Apple will make some hefty acquisitions next year.

To end on a positive note — Carlyle said that the US is still the best place to invest. Thanks to low interest rates and a recovering housing market, the US seems to have some strong offerings.

Thanks to abulhussain for the photo.