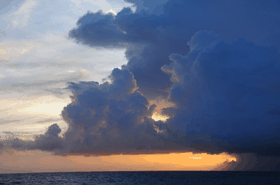 Over the past few weeks, we have read a lot of news stories about China. Last week was no exception. Many smaller U.S.-listed Chinese firms have been going private without PE help, as their chairmen are leading the rounds alone. If other small companies adopt this trend, LPs and GPs hoping to deploy their dry powder could be in trouble- especially after continued fundraising primarily for buyout and corporate finance firms. In other news, India may be on the mend, attracting some new investments from Blackstone and Standard Chartered.

Check out the articles below:

Chinese Firms Take Lonely Buyout Path: It looks like some U.S.-listed Chinese firms may be shying away from the public markets. Since 2010, 39 Chinese companies have been delisted from U.S. markets and have been taken private. The interesting part: only 9 of those buyouts involved private equity shops. In the other 30 instances the delisting was led by the company’s chairman. Although the larger deals still relied on PE, smaller companies seem to be shying away from the traditional PE-backed route.

Investors Still Love Buyouts: If you thought fundraising seemed a bit more challenging this past quarter, you were right. Turns out that fundraising took a 15% dip from Q2 to Q3. However, the dip is not too concerning since year-over-year numbers are still up. Of the $40.1 billion raised in Q3, 75% was collected by buyout or corporate finance firms. These numbers suggest that LPs are looking for middle-market deals. But how will that play out if GPs spend all of their dry powder on mega-deals?

PE Firms See Deal Clouds Lifting in India: It has been a quiet year for PE in India. According to a report from PwC, exits in India fell almost 90% between April and June compared with the same period last year. However, the tide may be turning. After some successful exists in the country, both Blackstone and Standard Chartered have decided to remain in a few Indian investments. If the favorable trend continues, India might steal some of the spotlight from China, which is continuing to suffer from poor IPOs and falling deal activity.

Corporate Mergers: How Big is Too Big?:The election could have serious implications for mergers. Not because Romney is an ex-private equiteer, but because a Republican FCC majority could skew anti-trust regulations. Roger Conrad explained that, if Romney gets elected, “the 3-2 Republican FCC majority he’ll appoint…may be more accommodative to mergers of large companies.” If dry powder doesn’t drive up deal size, maybe post-election regulations will.

Ernst & Young published its latest US Capital Confidence Barometer last week. Spoiler alert: the report, “finds US companies hunkering down, more cautious on the prospects for both the global and national economies, and more pessimistic compared with our survey six months ago.” Read the full report here.