During the M&A process, closing a deal may seem like a pretty clear indicator of success for both buyer and seller. But true success can only be measured after the acquisition process, once the integration process is well underway. While numbers are important, we also wanted to dig into the transaction from the other side of the table. We spoke with Mitch Jacobs, CEO of Mankato, MN-based V-TEK, to get his point of view on the deal and integration process to date.

MMR: How did you decide it was time to bring V-TEK to market?

Mitch: When I joined V-TEK about eight years ago, it was as CFO. We were in a bit of a turnaround scenario. The founders had brought in a president the year before, and then myself and a new vice president of sales and marketing started at the same time. We were brought on board to help professionalize the management team and the organization in preparation for the succession plan of our owners at that time. The initial objective was to try to transition the business to new ownership within three years. We started the process and spoke with a number of different private equity firms.

But the feedback we got was that we weren’t really quite ready. We needed to spend a little bit more time focusing on what we were describing as our core business and making that a stronger part of who we were. We took that advice and left the process at that time. 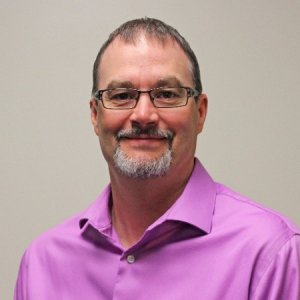 As we were focusing on the core business, we started an acquisition process of our own. We felt to get the equity that the previous ownership was looking for, we needed to be a little bit larger and probably a little broader in our core product offering. In my fourth year there we acquired Royce Instruments in Napa, California and in years five and six, worked on integrating that into operations — we kept a sales and engineering office in Napa, but brought the rest of the operations and back office to Mankato. During that time I moved into the CFO/COO role.

Then a little over two years ago we started the process again of trying to sell the business.

MMR: You worked with SealedBid Marketing. How did you decide they were the right fit?

Mitch: Sealed Bid Marketing is Minnesota-based and is from a town that is very close to where our owner had grown up. Immediately they had a Southern Minnesota connection and understood each other. The personal side of that relationship was really strong. As we vetted them, we realized that their go to market and vision for transition lined up well with that of our owners.

Our owners had a couple of specifics that they were looking to gain out of the transaction. They wanted an ownership that was committed to the existing employees and the communities in which we operate. They wanted someone that shared our management team’s vision for the business and wanted to partner with someone that would give the management team the ability to keep working in the business and moving it forward.

MMR: What types of buyers did you consider?

Mitch: Through the process we met with a couple of different types of buyers. We met with a family office that had owned a couple of businesses historically, had exited, and were trying to get back into owning a manufacturing company. We spoke with a couple of individuals who were looking to buy into a business for their own career and personal growth. We spoke with a number of PE firms through the process as well. All of them had their own niche with regard to how they would handle the investment and manage it and when and how they would exit.

MMR: How did you decide KODA was the right fit?

Mitch: The tangible factors were really their commitment to the business, the employees, the management team, and the community. They came in and they were willing to buy the real estate and make the commitment to being in Mankato and Napa for the foreseeable future. They communicated very early on that they were a hands-off private equity firm, and that they wanted a strong management team in place — which they’d seen in us — to run and grow the business. They wanted to partner with the team and the company to grow it. If that meant future acquisitions, that is what we would do. They were able to show us through their current holdings how they’ve done that time and time again, and been successful at it.

MMR: Tell us about the integration process.

Mitch: It was really pretty seamless. KODA had a few minor changes to what we were reporting on a daily and monthly basis. Other than that, for the most part, the operations and the financial reporting had been professionalized enough where we were already creating and reviewing all the relevant information.

Stepping in as CEO, the most important thing that I had responsibility for was communicating the change in ownership to the employees. Obviously KODA was instrumental in helping put that message together. We were able to put together a good message to get buy-in right away and make sure all the employees could see the benefit of having a more certain future.

MMR: How did you break the news?

Mitch: We held one, large lunch meeting. We brought the Napa team in via video conferencing, because obviously we’re not able to be in two places at one time, and we wanted everybody to hear the message at the same time. I introduced the KODA team and they described who they were and what their ownership philosophy was.

Then, from there we moved on to what the future of V-TEKTEK looked like. For the most part we were communicating the vision of certainty going forward. Our previous owners were late in life. There was a lot of uncertainty for our employees as far as how long they would be in the business, if they would be able to sell it, and where the business might be three to five years from now.

We were able to have KODA with us to communicate that these are our new owners, this is their vision for the future, and they have no exit strategy. When the time comes, we’ll deal with it, but for now they’re here to invest in the business. I think it rang true to most of our employees.

MMR: Bill [Karol] mentioned you were down the line in a potential acquisition. What are you looking for?

Mitch: Yes, we’re still in the process. We’ve got a short list of companies that we’ve identified and are trying to speak with. V-TEK is a precision inspection test and packaging company. We’re mainly looking for engineering driven companies — preferably equipment manufacturers — in that precision handling marketplace. If we were to find someone that has similar technology and processes, they would definitely be a target. Because we’re such an engineering driven company and engineers are difficult to recruit, having synergies within an engineering group would prove very beneficial as well.