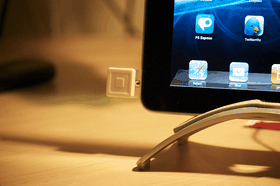 Square, the mobile payments company, has raised another $200 million in its fourth round of funding. This new capital raises Square’s valuation to an incredible $3.25 billion – that’s billion, with a ‘b’ – on only $170M in revenue.

Founded in 2009, Square is best known for its accessory that turns your Apple/Android device into a credit-card reader. Given its simple and straightforward 2.75 percent transaction fee, the device has become extremely popular with small business owners. The company has also begun to develop Pay with Square, which allows consumers to pay with their mobile app. According to a recent article from PrivCo, 2012 revenue is expected to be 300% higher than the 2011 revenue of $42.5 million. Given this growth, can the company really be worth $3.25 billion?

This number is particularly extraordinary when compared with the $3.41 billion valuation of Global Payments (NYSE: GPN), the current market leader. In a side-by-side comparison, GPN is nearly 13x larger than Square – GPN processed $167 billion and earned $2.2 billion in net revenue in 2011.

To make the situation even more incredible, Square has a range of obstacles to overcome before it can become – or surpass – the market leader. One of the largest challenges remains the existing competition. Companies such as PayPal, Google, Intuit, LevelUp and PayAnywhere are looking to break into the mobile payments space by any means possible. In fact, PayPal has begun pricing its service fees marginally lower at 2.7 percent and LevelUp has eliminated merchant transaction fees entirely. Square, which keeps less than 0.5 percent in spread, has little room to drop its fees if it ever hopes to be profitable. If merchants choose to follow the cheapest processing fee, Square may be in trouble.

So how could investors possibly be valuing Square so highly?

The secret to Square’s immense valuation is its strategic partnerships. Two of the major partnerships were formed last year when both Visa and Chase invested in the start-up. These companies’ investments helped shore up Square’s position in the market and created strategic alliances that make it difficult for other payment providers to get support from some of the biggest businesses in the industry.

A third partnership was formed last month when Starbucks (in addition to investing $25 million in capital), offered Square access to its massive distribution channel. According to TechCrunch, the partnership will introduce Square into over 7,000 domestic Starbucks and over 18,000 international locations, facilitating Square’s international presence. If Square can build similar relationships with other multinational corporations, a mobile payment monopoly could be in the near future.

The strategic relationships, especially in light of the 13x revenue difference between GPN and Square, seem to have added more than $2 billion to Square’s valuation. Evidently both the investors and the strategic partners are betting that they can help build Square into a company that doesn’t just replace GPN, but actually grows market 3-4x in size.

If you aren’t factoring strategic relationships into current valuations, you might want to reconsider. The right strategic alliances can help facilitate rapid growth and development. Or at least high valuations, as Square has so aptly demonstrated.

Thanks to Chris Harrison for the photo.