Monday is Labor Day and that means two things: the end of summer and the beginning of the busiest period for the PE industry. It’s time for the inevitable post-Labor Day boom. Although everyone knows it exists, we decided to try to quantify the boom. How much does deal activity actually pick up after Labor Day?

To investigate, we dove into the data from 2011. We looked at deal activity on Axial a month before and two months after the holiday. The rumors are confirmed – the number of deals brought to market the week after Labor Day increased 20% compared to the week before. The second week back saw dealflow increase another 47%. By the second week in October, the weekly deal number (and presumably your workload) was nearly 3x larger than any week in August. 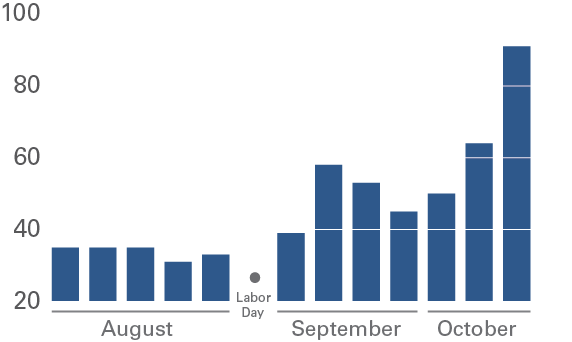 Looks like a busy couple of months ahead – hope you’re well rested. Enjoy the weekend and see you back in the market next week!