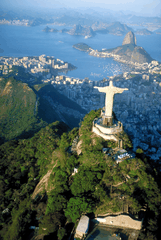 Ever since Jim O’Neil termed the phrase in 2001, BRIC has become practically synonymous with emerging markets. But it looks like that’s about to change. Investors seem to be moving beyond the BRIC nations (Brazil, Russia, India, and China), and searching for the next “emerging market”. Just look at the activity in China’s smaller neighbors. Or in non-Brazil Latin America. Or even Africa.

Emerging Markets are on the Rise:

According to Suppaiah, the growing variety of emerging market investments is a combination of short-term and long-term factors. On the shorter-term, the economic stagflation in the first world has helped encourage investors to look to emerging markets. Suppaiah explained, “I believe that the current recession has been phenomenal for emerging markets. There is still a great deal of money in the world, and it has to be put to work somewhere. Investors have begun looking to emerging markets for a return.”

Even after the current economic climate settles down, Suppaiah anticipates interest in emerging markets will continue. The investors, however, may change. He continued, “I see the first world becoming a less central figure in the future. It is starting to become emerging market on emerging market. For example, one of the largest hedge fund managers in Brazil recently started a $2 billion private equity fund for Africa, and China overtook the US as the largest importer from Brazil.” On the macro-scale, Suppaiah said he sees “Asia as the past — where Hong Kong and Singapore have been financial centers for a while; Latin America, which is just getting off the ground, as the present; and Africa as the future.” It looks like the investors of future emerging markets may be those from past emerging markets.

Suppaiah is particularly optimistic about the future of Latin America. He explained, “Latin America is becoming less dependent on the US and on Europe due to internal growth, inter-regional trade, and trade/investments from other emerging markets.” He added, “I believe the growth is stable. Many governments have learned from their past mistakes and are trying to improve.”

Still, the growth in the region is not necessarily uniform. Certain ‘tigers’ (to steal from the India/China term) are on the move. Suppaiah explained, “There are some countries that are experiencing incredible growth. I like to call them the ‘Latin Tigers’. Colombia, Peru, and even Mexico are performing strongly. Mexico is less coupled to the US than most people think, and it is just getting a lot of bad press because of cartel violence, which is isolated to a small part of the country.” Suppaiah added, “The strong growth is causing many investors to diversify outside of Brazil.”

Brazil is Still the Powerhouse of Latin America:

Despite the growth in other nations, Suppaiah admitted that Brazil will always be the leader of the region. “Ultimately, Brazil is still the powerhouse of Latin America and will always be. No matter how good Colombia or Peru may do, they can never beat both the human capital and natural resources in Brazil.”

When asked about some growing concerns regarding Brazil’s economic development, Suppaiah attributed the changes to combination of internal and external factors, but ultimately nothing more than a hiccup. One of the most important external factors is Brazil’s relationship with China. “When investing in Brazil, you are involved with significant secondary exposure to China. Since China is the number one trade partner to Brazil, and Brazil is largely a commodities-based economy, there is an evident link between China and Brazil. As China slows down, there is also a slowdown in Brazil.” He continued, “There are definitely some internal factors impacting Brazil’s growth. However, such rapid growth could not be sustained for long. I think the development has been very well nurtured and the current speed bump is minor. The country is turning towards a manufacturing economy, and not just raw goods. This is a strong step in the development.”

According to Suppaiah, working with local insiders can help you mitigate risks of the unknown. He explained, “The best way to develop intimate knowledge is to find a contact on the ground. The best contact is one who understands how to interact with Western investors.”

The local contact can offer both cultural and networking value. “You need a reliable source that knows the legal system and the local players. Regardless of the size of your network, you can’t translate it. Having a point person will have intangible benefit for any investor.”

Focus on the Relevant Risks:

Even with a solid local partner, emerging markets are challenging investment climates. There are a slew of unknowns and intangible risks that intimidate all but the most tenacious investors.

The investor who can identify the difference between sovereign risk and asset risk has a distinct advantage. When jumpy investors are scared off by sovereign issues, low-hanging fruit is left for the tenacious ones. “With everyone else running for the hills, some opportunities are left on the table. When the news scares off most investors, the country is under-capitalized.” This under-capitalization allows investors to gain access to uniquely valuable opportunities.

Still, not all risks are irrelevant. Suppaiah particularly warned against currency fluctuations. “The one thing you have to keep an eye on when investing in emerging markets is the currency risks. It is just an added level of complexity to the investment.”

Ultimately Suppaiah’s comments seemed to circle around the same general principles. The markets that were emerging a decade ago are now starting to create smaller emerging markets in their wake. To find the gems in these ‘newly emerging’ economies you need to follow many of the same principles that made investors successful a decade ago: search for companies that aren’t highly affected by local governments, work with trustworthy and knowledgeable local partners, and don’t jump on the bandwagon because everyone else is doing it- have a solid and differentiated investment thesis.