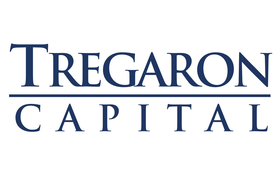 Between the Dell mega-deal and the surprising uptick of deal activity in January, 2013 is starting out at a brisk pace. After the hesitant activity and overarching uncertainty that plagued 2012, this rate of deal flow is encouraging.

JR Matthews, Managing Director of Tregaron Capital, has recognized the changing winds. “I am cautiously optimistic about this coming year,” says Matthews. “So far our portfolio companies have been performing well and, as long as the economy does not go sideways, we are expecting continued growth.”

Despite the optimism, Matthews acknowledged that there would be some bumps in the road — bumps like the Affordable Care Act (ACA) and consolidation in the home healthcare space. Matthews helped spell out some of the anticipated challenges and how Tregaron is preparing.

Since Tregaron invests in asset efficient companies and non-capital intensive companies, it is particularly worried about the impact of the Affordable Care Act on their healthcare services and products investments.

Matthews explained, “The ACA will likely have a significant impact for service-based business with consumer or retail orientation. These businesses, in an effort to account for the likely penalties, will need to consider a series of changes in the near future. As a result, the ACA is impacting the investments we are considering and even how we are viewing our existing portfolio companies.”

While some reports have suggested that the ACA will spur M&A activity, there are still associated challenges. “The Affordable Care Act is probably the biggest overarching, federal issue on our radar,” added Matthews. With new directives and laws being implemented over the course of the next few months and years, strategies and investment theses are expected to evolve.

In addition to the Affordable Care Act, there are other healthcare-related trends that are further complicating the environment for investors.

One such trend is occurring in the home healthcare space. Matthews explained, “There has been some consolidation in regards to home healthcare reimbursement. The federal government has begun narrowing down the number of home health companies it deals with in any one market, which has caused there to be clear winners and losers in the home healthcare market. In this few-take-all environment, it was a challenge to invest in the space.”

These cost-reducing tactics are likely to continue as part of a broad trend in the healthcare space. Dr. Charles Anderson of Exaltare Capital Partners, also identifying this trend, recently explained, “The current healthcare climate is about finding ways to decrease cost while improving efficiency and delivering improvements in quality.” During this type of climate, investors will need to be particularly cognizant of margins.

Matthews explained, “With such uncertainty, it is hard to confidently plan ahead. We will likely have a little more clarity by the end of this year, as the ACA goes more into effect in 2014.” As of now, there are still many variables still at play — for example, states have until February 15, 2013 to decided which insurance path they will pursue.

Until there is greater clarity, Matthews is cautiously moving forward with Tregaron’s investments. “We are pretty heads down about placing one foot in front of the other with our companies and helping them create value and defensible positions. It can be easy to get bogged down in the macroeconomics, so we prefer to keep a focused perspective on our industries and the likely competitive responses to the actions we take.”