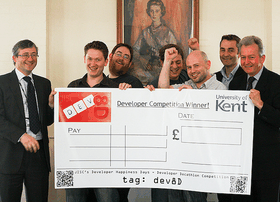 In early August, we ran a survey in which we asked you to indicate your preferences for CEO compensation methods. The survey results indicated an overwhelming preference to compensate CEOs by way of equity and long-term financial incentives. In one question, nearly 90% of respondents indicated that they prefer to compensate their CEO by earnouts/equity instead of salary/benefits. The idea that the CEO has “some skin in the game” and would be judged by the market seems like the fairest way to allocate extra benefits.

But, just because everyone is doing it does not mean it is right for every situation. A recent HBR podcast caught my attention: Mihir Desai on “How CEO Pay Became a Massive Bubble.” Given our survey, I was naturally intrigued.

In his podcast interview, and a related blog article, Desai argues that equity-based compensation is flawed and has reached disproportionate levels. He explains, “Here’s the difficulty…if I wrote that [compensation system] down in a little mathematical model, which is the way this movement started, it would be perfect. When we map that to reality, we see all kinds of distortions. So for example, there is no effort in most of those contracts to separate out luck from skill.”

He added, “Those that monitor managers (boards of directors) and investors (largely state and corporate pensions funds) have readily outsourced performance evaluation and compensation to markets in order to avoid their obligation to make tough decisions and in order to rationalize the excessively optimistic assumptions undergirding the solvency of their funds. The combination of a foundational myth and absent monitors over the past two decades gave rise to harmful incentives, asymmetrical payoffs, and windfall compensation levels.”

As it turns out, this paradox pertains not only to corporate CEOs being compensated by equity, but to investors – especially general partners –  as well. He explained, “In 1990 the equity-based share of total compensation for senior managers of U.S. corporations was 20%. By 2007 it had risen to 70%. Meanwhile, the investment management industry has been transformed by the rise of private equity firms and hedge funds, both of which prominently feature market-based compensation as the basis of their supposed virtue.”

He continued by explaining that the “2 and 20” rule held by most funds have further distorted the perception of compensation. “Managers now routinely have stock-based compensation, which does not try to index out performance for the market or for an industry. That means that, in fact, we’re not rewarding people for their ability or their skill, but really for just a rising tide.” He later added, “We have incentive contracts that are leading to windfalls. When the rising tide comes up, everybody gets a windfall. And that is not OK. And it’s not OK in large part because of the incentives that get created along the way.“

The incentives seem tied back to his first point, that bad managers get unfairly compensated in good times and good managers are unfairly compensated in bad times. A bad management team may appear to be doing great, due to the way the market is valuing the company, but their decisions are actually creating more inherent risk in the company or fund. Since the implications of their decisions may not be felt until the market turns, which could be well after they leave the firm, their compensation is actually creating an incentive for them to take risks that would otherwise be imprudent.

Ultimately, Desai fails to explain how to properly address the compensation issue, outside of his mention of compensation based on beating indexed results. But, as we’ve seen with the LIBOR scandal, even indexes can have their problems. The compensation issue is interesting and important — as figuring out how to incentivize management in companies and GPs is critical to successful corporate outcomes — but there doesn’t seem to be any easy answers yet.

Desai did end the podcast noting that investors and corporate managers who are building growing companies or working in difficult situations should be compensated with equity – exactly the situation most of our survey respondents are working in. As he said in his article, “Entrepreneurs and funders are given appropriate incentives and are rewarded handsomely for their sweat equity—for taking risks and creating valuable products.”

Thanks to davidflanders for the photo.