This month’s Axial network activity report takes a closer look at the 300 Opportunities brought to market specifically within the Health Care industry in the United States and Canada in 2011. Health Care accounted for 9% of overall network activity and experienced a 96% increase in deal flow in Q4.

There was a relative surplus of Opportunities in the Health Care Services subsector and, although they had a higher than average EBITDA margin, the average Pursuit rate and Pursuits per Opportunity indicated low demand for these types of companies. 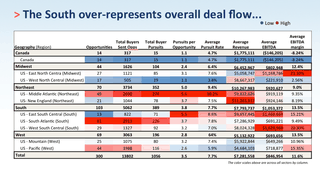