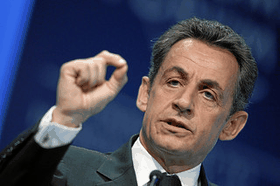 A few interesting surveys were released last week, including one from KPMG predicting that M&A deal activity will rise in 2013 because of excess dry powder and a favorable lending environment. The Edelman Trust Barometer, also released last week, identified Technology as the most-trusted industry in the world — an industry the KPMG survey indicated was likely to be active in the coming year.

In other news, there are rumors that former French president Nicolas Sarkozy is planning to open a PE fund in London to avoid France’s recent tax hikes.

Mergers & Acquisitions Projected to be on the Rise in 2013: According to a recent KPMG survey, M&A will likely rise in 2013. Over 75% of respondents indicated that they plan to make at least one acquisition this year, facilitated by the large cash reserves and the favorable credit terms. Although activity may rise, deals are expected to remain on the smaller side, continuing to have the greatest impact on the middle and lower-middle markets.

Technology Ranks World’s Most-Trusted Industry in 2013: For the seventh time in a row, the Edelman Trust Barometer has found Technology to be the most trusted industry in the world, with 77% of the 31,000 surveyed say they ‘trust’ tech companies. The Automotive industry placed second, while media and banks and financial services rank at the lowest. To little surprise, the industries shrouded in recent scandal have lower trust rates. Are you investing in a trustworthy industry?

France Abuzz Over Nicolas Sarkozy ‘London Private Equity Fund’ Claim: Rumors stirred last week that Sarkozy plans to set up an £800 million private equity fund in London. While it is still unclear if the story is true, the scandal brings further attention to France’s recent tax hikes. With a cap gains tax sitting at 60% and a 75% levy on earnings greater than one million euros, maybe some French investors will move further than London and start funds in the US.

Placing Strategic Bets in the Face of Uncertainty: Throughout 2012, investors shied away from major strategic decisions because of the perennial uncertainty. But, to expect certainty in any strategic decision is misguided. At least according to Roger Martin, who explains that “no choice made today can make future uncertainty go away.” Strategy is not waiting for the least amount of uncertainty, it is being able to prepare for life’s inevitable uncertainty.

Thanks to the World Economic Forum for the photo.