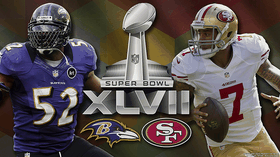 What a Super Bowl. As if taking cues from the Niners, the M&A world has been discussing possible comebacks for the industry. Morningstar is predicting the return of mega-buyouts, while Steve Schwarzman is eyeing an industry-wide recovery — as long as a name change is included. The Economic Times even suggested a few plays to help encourage the comeback.

Will Dell Be Harbinger of the Return of Mega-Buyouts? Morningstar Thinks So: The mutual fund company Morningstar recently stated that the Dell buyout could be the first of many mega-deals to come. Between favorable lending environments, abundant equity capital, and increasing confidence in bank lending, Morningstar believes 2013 could be the dawn of a new mega-deal era. However, others are less confident.

Blackstone’s Unconventional Debt Wisdom: Too much of anything is a bad thing — even cheap debt. Although a favorable credit environment is usually good news for PE, if debt becomes too cheap, it can begin to cause problems. For example, Blackstone’s Tony James believes that the exceptionally low interest rates will slow deal activity since prices may continue to rise and many companies may seek to refinance instead of selling.

Private Equity Industry in Crisis: Six New Ideas for a Comeback: After a slow few years — and an attack of reputation — it might be time for some PE firms to reinvent the classic playbook. Whether it means finding new exit opportunities, conducting more thorough due diligence, or shaking up the 2-20 rule, a change may be in order. Although the article was written for Indian private equity firms, it contains some important lessons for the broader industry.

Rethinking the Term ‘Private Equity’: As recently demonstrated through the Hostess fiasco, brand is a critical component of public perception. However, after the beating private equity received last year, the PE brand is at an all time low — evoking negative sentiments at first utterance. Amidst this identity nadir, Steve Schwarzman believes it may be time for an industry-wide rebranding. How about ‘clarity equity’?

Thanks to RMTip21 for the photo.