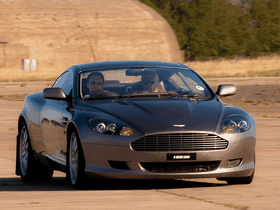 As we enter the second week of December, the fiscal cliff remains as unresolved as ever. Last week the House of Representatives debated the merits of various debt-reducing strategies with little avail. At the same time, some financial cliff analysts wondered whether this cliff is even the right cliff to be concerned about — they believe we should be looking at private debt, not public debt.

In private equity news, Investindustrial — a Milan-based firm — recently brought Aston Martin into its portfolio. The $241 million investment helps ensure that we will continue to see the luxury car appear as the choice vehicle of James Bond. Additionally, funds of funds have been touted as worthwhile vehicles for investors seeking strong returns and diversification.

On another note, take our 2012 Review & 2013 Outlook Survey! All respondents will receive an advanced copy of our 2012 Full Year Report in January.

Both Sides Dig in on “Fiscal Cliff,” but “Nothing Going On”: With less than a month before we fall from the fiscal cliff, progress has stalled. Ongoing debates in the House have demonstrated that neither Republicans nor Democrats plan on shifting their deeply-entrenched positions any time soon. In many ways, the debate has become more principled than practical. Who will budge first? Based on the article, it might be Republicans. Either way, Henry Kravis has advised the politicians to “quit acting like youngsters” and let’s do which is right for the country.” Kravis also encouraged investors to close deals before December 31.

What if the Fiscal Cliff is the Wrong Cliff?: Amidst the debate surrounding the fiscal cliff, there seems to be one agreed certainty: public debt is central to the current economic situation. But what if that is not the case? According to Robert Wright — and other fiscal cliff analysts — unchecked private debt is a more serious concern than the public debt. These analysts believe that the until private debt — mortgages, credit card bills, business loans — is managed under control, the US economy will never truly recover. Their advice for public debt: forgive it.

Private Equity to Buy Stake in Aston Martin: Private equity just got a little bit cooler. Last week Investindustrial, a Milan-based private equity firm, announced its investment in Aston Martin. Despite the car’s iconic brand — thanks largely to the James Bond franchise — the recession challenged the company’s financial stability. The $241 million investment from Investindustrial is expected to provide Aston Martin with enough capital to reorient and upgrade its production and technology efforts. Following Hostess’ bankruptcy, Aston Martin serves as another example of the conditional value of brand identity.

What is the Future for Private Equity Fund of Funds?: In forecasting the future of fund of funds, Katharina Lichtner of Capital Dynamics, has paid private equity a compliment — something hard to come by in this election year. According to Lichtner, private equity has weathered the 2008 crisis better than most comparable vehicles, and picture is only going to get greener — “History has shown that private equity investments made during or shortly after recessions tend to deliver particularly strong performance.” She encourages investors to consider fund of funds as indirect ways of accessing private equity. If new investors emerge, will fundraising be slightly easier than anticipated?

Thanks to wwarby for the photo.