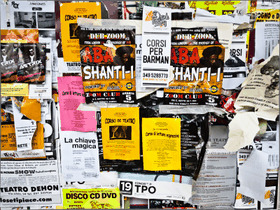 At Axial, we’re working to build the largest, most powerful platform for qualified deal professionals in the world.  In creating this network of deal professionals there are a few critical traps that we have recognized and avoided, from not charging success fees to recognizing that we’re a technology company not a financial firm.

But perhaps the biggest trap when building a network for deal professionals is inadvertently commoditizing the linchpin of the community – the deal itself.

That’s exactly what happens when you create a system where the seller (or the advisor representing the seller) is forced to “post” a deal to a public bulletin board. Without the ability to select when and with whom a deal is shared, all confidentiality is lost.

Why is that so bad?

The only way to avoid ending up in a community full of underwhelming deals is to work from the opposite direction. Instead of allowing your deal to be shared publicly with anyone by posting it, you have to retain control through the entire process. Make conscious decisions about sharing the deal with the right parties who can actually take action on the deal. Be part of creating a self-reinforcing community of professionals who trust and respond to each other quickly around increasingly more relevant deals.

Instead, Members “host” opportunities on Axial.  This means that your first step is creating a secure deal room.  That deal room connects to a matching engine that confidentially recommends capital providers, corporations, and other potential financing sources for your transaction.

At that point, you run the process as you normally would.  You can pick up the phone and give the recommended and confirmed Members a call.  You can use our messaging features to connect one by one.  Or you can go out to your own personal network.  All with the click of a button.

But the point is that your deal is never publicly visible, is never listed or posted to a public forum, and you never lose control of the process.  The process is seller-controlled, confidential, secure, and built around 1-to-1 connections.

And that’s why we say, with Axial, “it’s hosting, not posting.”