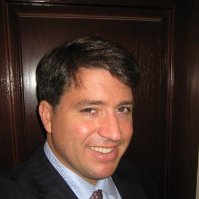 Over the last few weeks we had conversations and interviews with a number of Axial Members, getting a wide range of perspectives from Prairie Capital, Peter Sokoloff & Co, and Larsen MacColl Parners on how the year will unfold. So far, the perspectives have been cautiously positive for the year, though no one is exceptionally bullish or bearish.

We finish the four part series today with a discussion with Will Deitrick, Head of Corporate Finance at NewOak Capital, based in New York City. Will commented on how fundamental risk has changed over the last few years, his expectation of deal flow in the private markets, and creating value in growing companies.

Cody Boyte: How do you see the economy performing over the coming year and how will that affect middle market businesses?

Will Deitrick: I have very mixed feelings about the economy. My background is in fundamental finance and fundamental corporate credit so I’m looking at companies and markets from a fundamental analysis point of view. From my point of view, the world since 2008 has taken a real turn for the worse in terms of government intervention. Risk has become much less predictable than it used to be because most of your risk is now based up on the level of government intervention and whether that’s a bailout program, a stimulus program or a fed policy. There is real significant political risk in the market that didn’t exist to this degree previously.

At some point the politicians are going to run out of firepower and it’s hard to predict how and when that happens. You see rumblings of it in certain countries in Europe now. You see rumblings of in the US. When the politicians run out of firepower you’re going to see government bonds devalued a lot. You’re going to see currency problems start to hit. You are going to see increasing short interest in government bonds. The people who historically used treasury bonds as a safe haven are going to get a really terrible surprise. But timing that trade is very difficult because it’s hard to tell when the treasury is going to get that political margin call situation.

In the meantime, in the near term, I think the markets are open. I think you can get deals done. I think that some of the big former banking players in the market have been mortally wounded and they’re coming back from the really tough situations. There are a lot of new players, who are doing well, who aren’t the big names from 5 years ago.

In middle market investment banking there is tremendous amount of opportunity right now, especially in the United States. You’re always going to see new smaller companies and new entrepreneurs innovating and creating value. The opportunity to finance that type of value and that type of working capital need is going to be sustainable. I think the question you’re going to run into for these guys is how strong the IPO market or an acquisition market for them to sell their companies eventually when they want to exit or partially monetize. But in the middle market there’s just tons of opportunity. It’s a really interesting, creative time to be working in this space and as a banker it is inspiring working with entrepreneurs.

How do you see Europe affecting US businesses over the next year?

Do you expect the changes to credit to be near-term or longer term?

Interest rates are going to remain low through this year so for those who can get access to the debt markets, they’re going to be able to lock in very, very low interest rates and that’s great for getting deals done. You’re able to get debt financing at a cheap price. The problem is that it’s harder to get debt now than it was in 2006. The amount of hurdles you have to get through and the amount of restrictions on leverage and debt covenants have remained high. The debt you can raise aren’t to the levels they were in 2006 when it was much easier to get debt and you could get a whole lot of it.

Do you think there will be more or less transactions this year compared to previous years?

I think this year is going to be a very powerful year for middle market transactions. I think that the market has been on an upswing since the doldrums of 2008-2009 and this year is seeing even more momentum than we saw last year. We’re seeing a lot more entrepreneurs coming with deals but we’re also seeing more funds with capital to deploy and put to work. There’s more work for everyone to do. It’s going to be a good year for transactions.

What types of transactions do you think are going to be most popular this year?

I think the best transactions are the ones that add the most value. The ones that we’ve seen that are the most compelling are working capital transactions where a company has huge purchase orders, great new IP, really terrific differentiated business lines and they need financing, etc. Those types of working capital transactions are really compelling because they add a lot of value right off the bat. You’ve increased the value of the company as soon as you infuse that capital. We see a few sectors being hot this year. In particular, Tech, Biotech, Social Media (especially companies with a revenue-producing client base), Mining, Healthcare, Energy, and anything Green.

What is an example of a value adding transaction you’ve done recently?

We did a deal for a hybrid electric bus manufacturer who has a leading technology. They’re years ahead of their competitors. They raised $50MM in financing. That benefits in a lot of ways. The buses are hybrid electric so they run green, it doesn’t burn much gas, doesn’t make any noise. They’re mostly for inner-city buses so it reduces pollution in cities. The buses also have much lower maintenance costs so the cities themselves get to take a big reduction in their cost budget for public transportation. That’s a company we’re really proud to have helped finance. It’s an example of a new technology and an entrepreneur who’s creating a real up and coming company in need of working capital.

It sounds like you characterize the current market as being the upswing of a double dip recession. What effect do you think the double dip will have on the middle market?

I think that’s a good way to predict it. I think the double dip would have happened a long time ago, the second half of the double dip, if not for all the government intervention that we’ve had. It’s been extended out now for four plus years when it was really something that should have been a couple of years and then a recovery.

One of the important things about the middle market space, both investment banking and private equity, is that it’s largely a private market. A lot of the value is created by the management team and the operators. A lot of these companies are going to grow and do well even in a bad economy because of the new technology, the new ideas, the working capital that’s been infused into their companies. We’re seeing companies right now that are going to do well even in a bad economy. It’s a good place to play, even with the risks in the economy right now, because of the value inherent in the companies. I think larger more mature publicly traded companies with publicly traded stocks are going to be in for a much rougher ride than middle market and private equity type deals in a possible double dip.

This interview is the final part of the larger discussion about what our Members expect to see in the deal business this year. To read more interviews, thought-pieces, data driven looks at the market, and how-to articles, subscribe to the blog.