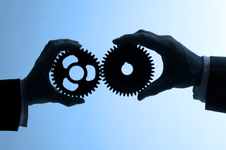 Improving growth and business confidence usually triggers a flurry of M&A activity. Bold CEOs use M&A to outflank competition, build strategic capabilities and drive profitability. It can be a winning formula, but only if these deals improve financial performance.

Studies have shown [1] that while interest in M&A has increased in companies over the last thirty years, the failure rates of mergers have remained consistently high. Failures are often attributed to business reasons but very frequently the errors begin well before the deal is closed. Issues such as organizational bias, management self deception and weak planning can contribute to poor M&A performance.

Here are five of the most common pitfalls that precede failed acquisitions:

Deals are often difficult to walk away from because they take on a life of their own. At a certain point, all parties will have invested so much of their time, effort and career equity in the deal that they typically feel intense psychological pressure to shepherd it through to completion. This pressure can lead to managers favouring information that supports the deal while ignoring information that would have given them pause earlier in the process. In other cases, transaction urgency is institutionalized and magnified by a reward system that emphasizes deal completion over ROI. Finally, significant momentum or ‘deal fever’ can often take over an M&A process leading to management blinders around transaction risk or the cost of the deal, especially if multiple parties are still involved near the LOI stage.

Many organizations regularly and inadvertently deceive themselves into thinking they follow M&A best practices when in fact they don’t. For example, managers often delude themselves around the extent of their market knowledge, only to bump against deal-breaking information deep into the process at which point they are less likely to acknowledge it. Other times companies may have a disciplined M&A approach (designed to reduce risk and streamline their efforts) but they will regularly ignore the process out of laziness, arrogance or difficulty of use. Finally, leaders will frequently over-estimate their firm’s capabilities and under-estimate competitive threats, resulting in a significant increase in deal risk and resources required.

Naturally, many companies focus on the purchase price as the primary way to make the business case work. However, an over-emphasis on the price ignores many other vital factors that can significantly impact long term value and cost including problems of cultural fit between the firms, the ease of post-acquisition integration and the availability of talent in the target firm. On average, for example, the turnover in target companies is double the turnover experienced in non-merged companies in the ten years following a merger.

The Myth of Confidentiality

It is rare that prospective deals stay under the radar for very long, particularly when low to mid-level managers become privy to the process. A confidentiality breach can have major consequences including a rapid and unexpected rise in the target firm’s stock price if they’re public, can incite a competitive response from industry peers or can provoke turnover in the target firm. While proprietary deals are rare to begin with, the fact that a deal is garnering significant interest can lead to ‘deal fever’ which makes an otherwise good deal less profitable. If returns from the acquisition are dependent on the deal being proprietary or staying secret, the odds are low that the transaction will occur as expected.

Ignoring the Day After

Given the size of many deals, one may be surprised to learn that many companies under-plan around what should happen after the deal is consummated. This occurs for two reasons. In the rush to do the deal, managers put off what they think could be easily done after closing. Secondly, the people running the deal usually lack the expertise to plan and implement the messy work of post-transaction integration. This lack of attention will quickly derail the initiative and push out the time to value, especially when the post-transaction integration isn’t part of the compensation for completing the deal.

There is no bulletproof way to making every M&A deal work. However, CEOs and GPs can improve their odds of success by being aware of the common pitfalls that occur in add-on transactions or major acquisitions.

Mitchell Osak – Strategist to the C-Suite
Mitchell Osak is Managing Director of Quanta Consulting Inc. Quanta has delivered a variety of winning strategy and organizational transformation consulting and educational solutions to global Fortune 1000 organizations. Mitchell can be reached at mosak@quantaconsulting.com