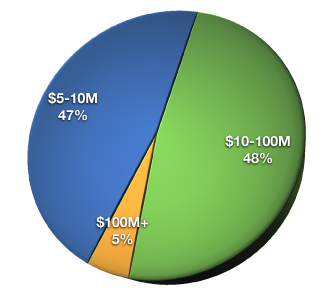 A confluence of factors is starting to point towards a more active capital raising and M&A market in the coming two years that will send overall deal flow activity higher. As a result, we’ve identified four trends that will impact the middle market:

With such an expansive middle market and improving economic conditions, we’ll continue to see an evolution within M&A. Let us know below if you’ve seen any of these trends or been impacted by them in any way.