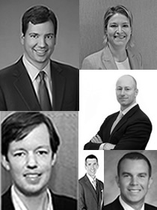 Over the past year, we have had the pleasure of speaking with dozens of Axial Members, leading industry experts, and a variety of prominent figures in the M&A space. Each has helped us stay apprised of major trends occurring within their specific industries and across the entire middle market. With 2012 coming to a close — and planning for 2013 beginning — it seemed appropriate to recap some of their most valuable insights.

Below is a collection of 15 interesting and insightful quotes collected from Axial articles over the past year.

On the 2012 Economic Environment:

Evolution of Investment Risk:
“From my point of view, the world since 2008 has taken a real turn for the worse in terms of government intervention. Risk has become much less predictable than it used to be because most of your risk is now based upon the level of government intervention and whether that’s a bailout program, a stimulus program or a fed policy.” – Will Deitrick in NewOak Capital on the Changing Face of Risk (February 2012)

Concerns about Dry Powder:
“In the middle market it’s going to be increasingly difficult [to invest] because of the overhang of capital compared to the number of companies on the market. It’s going to drive up purchase prices and drive down returns. All of the good companies are being held and grown for better times, so there is a lot of capital chasing a relative few good deals.” – Tim MacColl in Make Your Own Luck (February 2012)

Interest Rates Were Expected to Remain Low:
“Interest rates are going to remain low through this year so for those who can get access to the debt markets, they’re going to be able to lock in very, very low interest rates and that’s great for getting deals done.” – Will Deitrick in NewOak Capital on the Changing Face of Risk (February 2012)

Deals Have Been Experiencing Atypically Long Sales Processes:
“Most of the proactive and proprietary deals we were considering last year are still available today. The fact that we could execute the same deal today that we could have done a year ago would suggest the market is not very active.” – Stenning Schueppert in Corporate Development M&A Network Activity Update (October 2012)

Capital Gains Tax Caused Increased Deal Activity in Q4:
“The spike [in deal flow] is already happening and [capital gains] is a factor for businesses that are on the market right now. Clients that we are working with today are seeking a close date no later than December 31.” – Darren De Vries in Deal Flow on the Rise: Is Capital Gains Tax the Culprit?(November 2012)

Communication is a Key Element of a Successful Merger:
“Typically, communication is what makes [a merger] work. The best approach is to just get everyone on one page and communicate the best you can… Once the deal is done you want everyone to feel like they’re being treated fairly so that they jump into their job with both feet. If there is uncertainty after the close it can cause real issues in integration.” – Tom Nelson in Tom Nelson on Merger Integration Do’s and Don’ts (July 2012)

Don’t Use Culture and Communication as Excuses for Failed Integrations:
“The reason people come down to culture and communications is because they are used as excuses when things go wrong. Rather than admitting they’ve done something wrong or that they had a bad strategy, people talk about culture. It is more important to think and plan the integration strategy for the companies, the products, and the people.” – Danny A. Davis in Danny A. Davis on Planning Merger Integrations (September 2012)

Use ‘Underbranding’ to Integrate Cultures:
“The best thing Racine did over the years is what we referred to as ‘underbranding’. In this process, the target company’s name is kept in a premier position for a while (i.e. XYZ, a division of Racine Federated). This situation allows employees under the new management to retain a sense of identity from the past company. Then over time, maybe after a year or so, the two brands are more thoroughly merged.” – Tom Nelson in Tom Nelson on Merger Integration Do’s and Don’ts (July 2012)

A Successful Merger is a Planned Merger:
“Ideally, you would start planning as soon as you decide to buy something. If you have no plan for the target company, you are going to pay the wrong price and you are not going to be ready to handle the integration. I would do a couple of days planning right at the start. At latest, I would start building a full integration plan around 100 days before you believe the deal will take place.” – Danny A. Davis in Danny A. Davis on Planning Merger Integrations (September 2012)

Careless Acquisitions Causes Reverse Multiple Arbitrage:
“If you buy a company that doesn’t fit into your strategy, you — as a company — may suffer from reverse multiple arbitrage since investors will no longer be able to identify your true brand or mission.” – Stenning Schueppert in Corporate Development M&A Network Activity Update (October 2012)

On Other Trends & Best Practices:

Family Offices Are More Comfortable Acquiring in an Uncertain Economy:
“[Family offices] continue to be comfortable acquiring businesses in this environment, especially because we don’t use any financial leverage. I’m not sure that we’d feel quite as comfortable if we had to do a leveraged acquisition when there’s meaningful risk of a recessionary economic environment.” – Gene Lee in Asset Class Diversification: A Family Office Perspective on Direct Investing (January 2012)

Building Relationships with Family Offices Can Be Challenging, but Rewarding:
“We talk with family offices every day and meet with them face-to-face every week, and it still takes a long time to generate solid relationships, raise capital, or organize club deals.” He added, “Many of these family offices are connected with ultra-wealthy family offices and leaders in a variety of businesses.” – Richard C. Wilson in Richard C. Wilson on Connecting with Family Offices (November 2012)

International Distribution Helps Raise Valuation:
“The international distribution channels, product aside, makes a company more valuable. Many smaller firms may approach it, looking to partner with the firm and have their products shipped overseas. These partnerships can be a valuable source of revenue.” – David Rudofsky in 5 Strategies that Boost Agribusiness Valuations (October 2012)

Entrepreneurs May Need Help in Developing Sustainable Business Models:
“Generally, we have found that entrepreneurs are very knowledgable about their particular business, but they’re very shallow in their knowledge about business practices that help drive value and efficiency.” – John McNamara in Four Questions to Help you Find a Diamond in the Rough (August 2012)